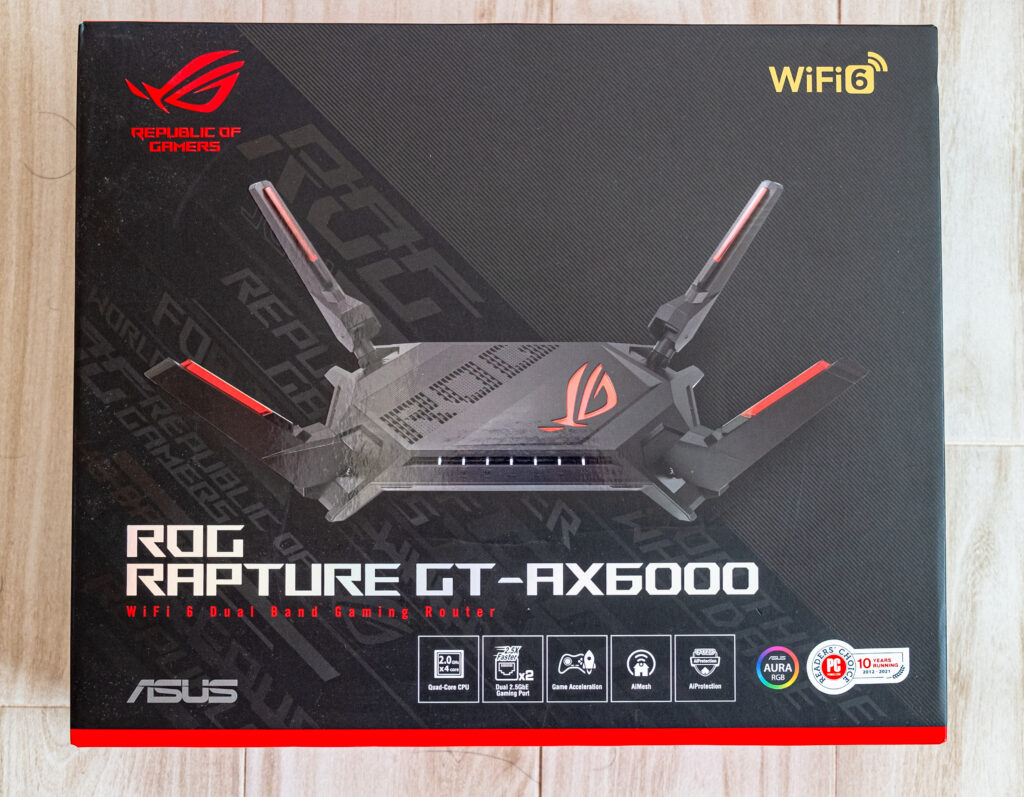 ASUS ROG Rapture AX6000 Wi-Fi Router sits somewhere between a full-tilt gaming router like the Asus ROG Rapture GT-AXE11000 and basic segment options like ASUS ROG Strix GS-AX3000. The Rapture AX6000’s ‘middle of the road’ approach results in a router that’s larger than some, with four antennas and gigabit Ethernet ports (4x 1gbe and 2x 2.5gbe). You also get Wi-Fi 6, though not the newer 6E that makes use of the less-cluttered 6 GHz band. But the Rapture AX6000 does feature the RGB lighting on top of the router. 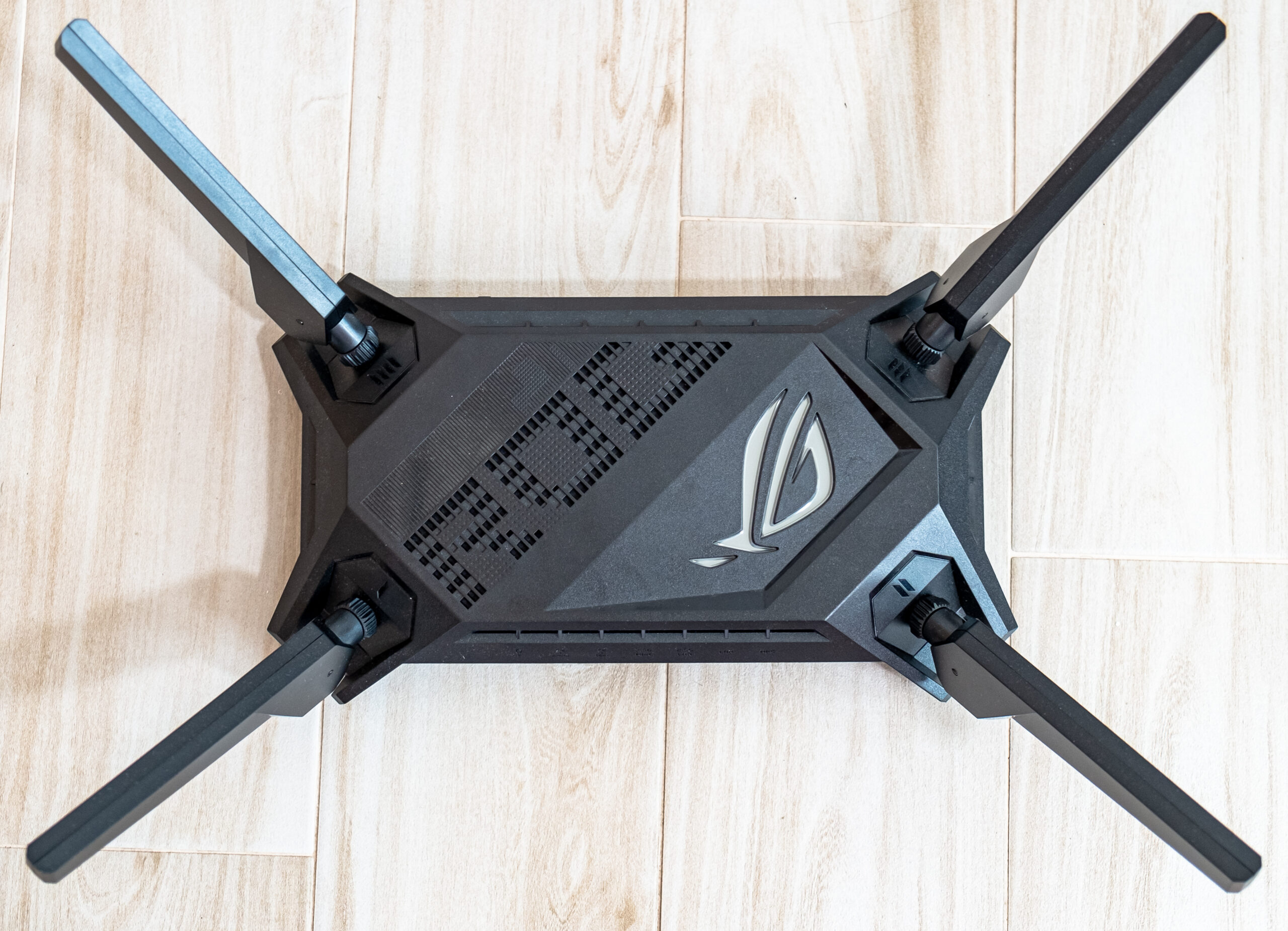 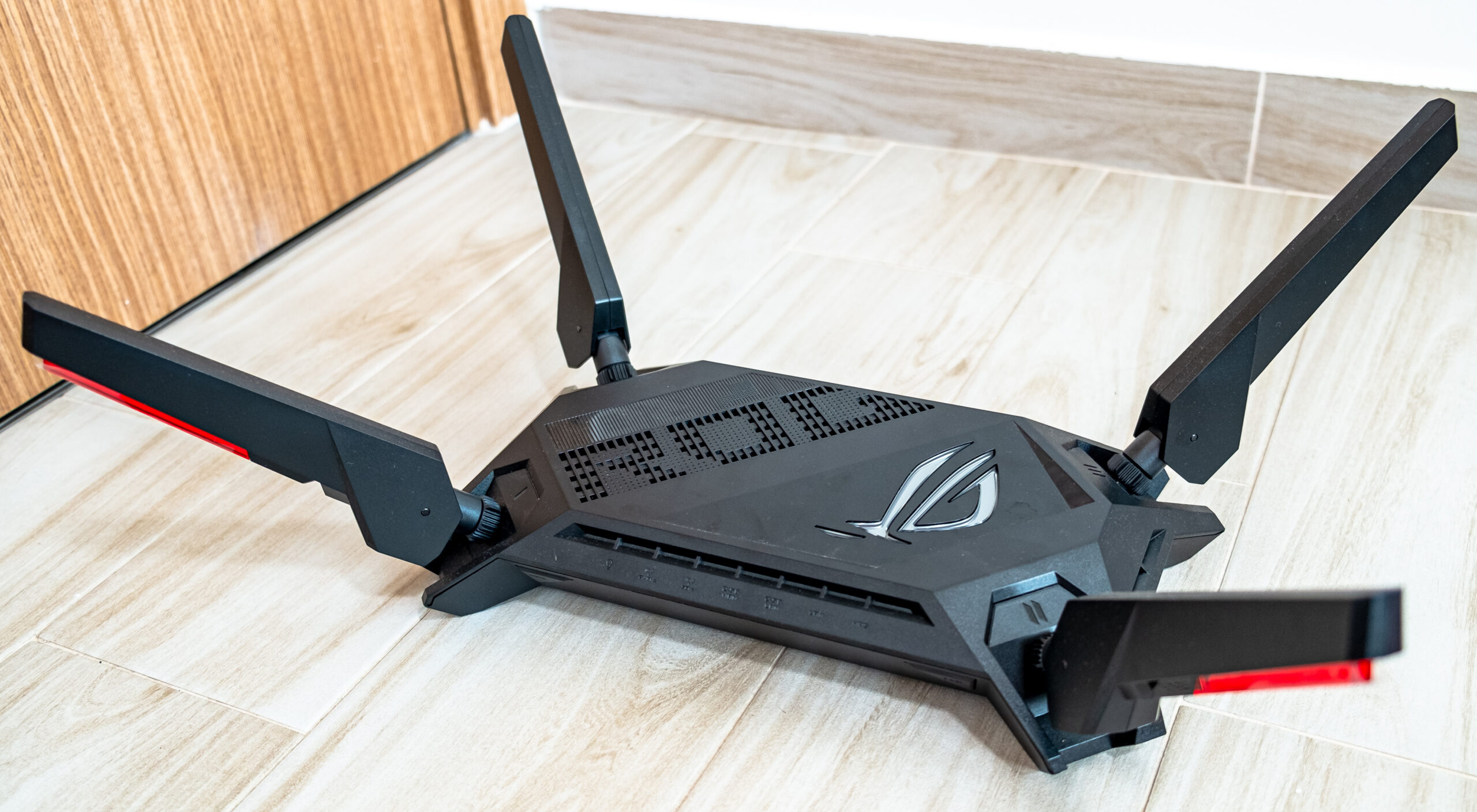 The Rapture AX-6000 is a Wi-Fi 6 system that uses the latest 802.11ax technology. As such it supports WPA3 encryption, 1024 QAM, Orthogonal Frequency-Division Multiple Access (OFDMA) data transmissions, 20/40/80/160 MHz bandwidth, MU-MIMO simultaneous data streaming, and direct to client signal beamforming. It’s a dual-band AX6000 system that can reach maximum data rates of up to 1148Mbps on the 2.4GHz band and 4804Mbps on 5GHz band. Router is equipped with four extender antennas, a 2.0 GHz quad-core CPU, 1Gb of RAM, and 256MB of SPI memory. The wireless standards are supported, including OFDA, MU-MIMO, beamforming, and the latest security standard of WPA3-personal. The router is also fully backward compatible to 802.11ac (Wi-Fi 5) and 802.11n (Wi-Fi 4) devices.

The LED indicators is on the front and there are two buttons in the front as well “LED & WPS”. 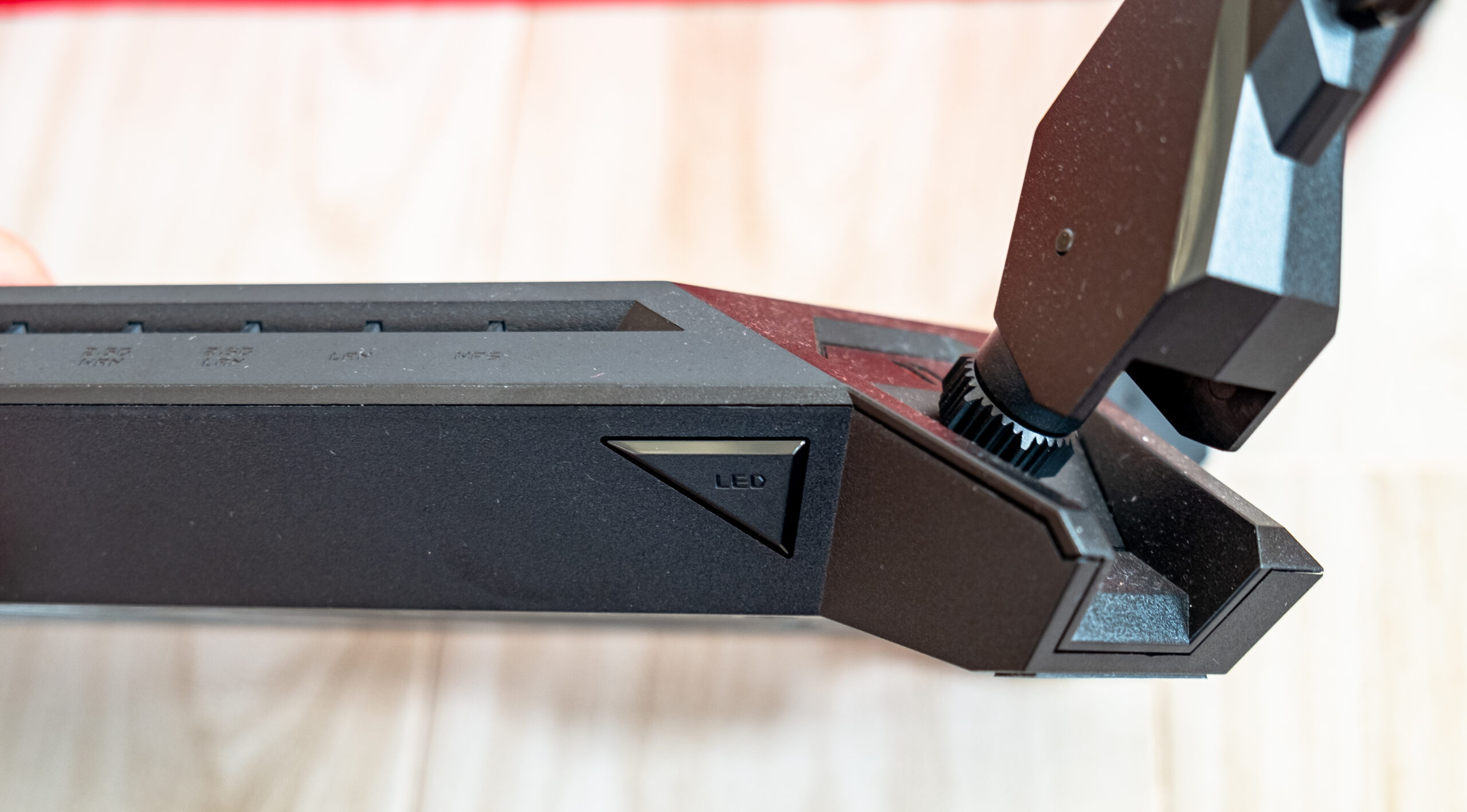 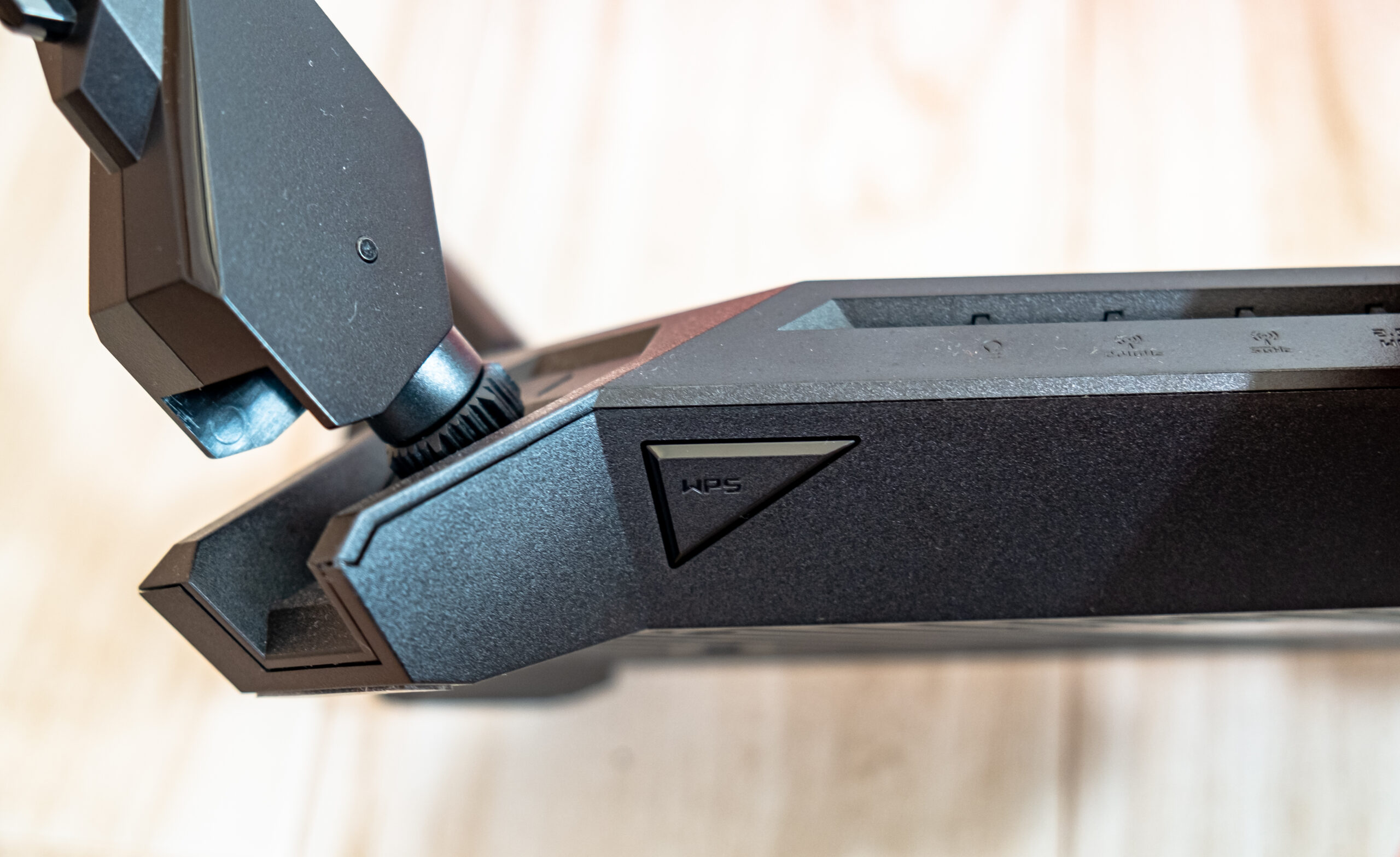 Ventilation air flow from the bottom and surface. 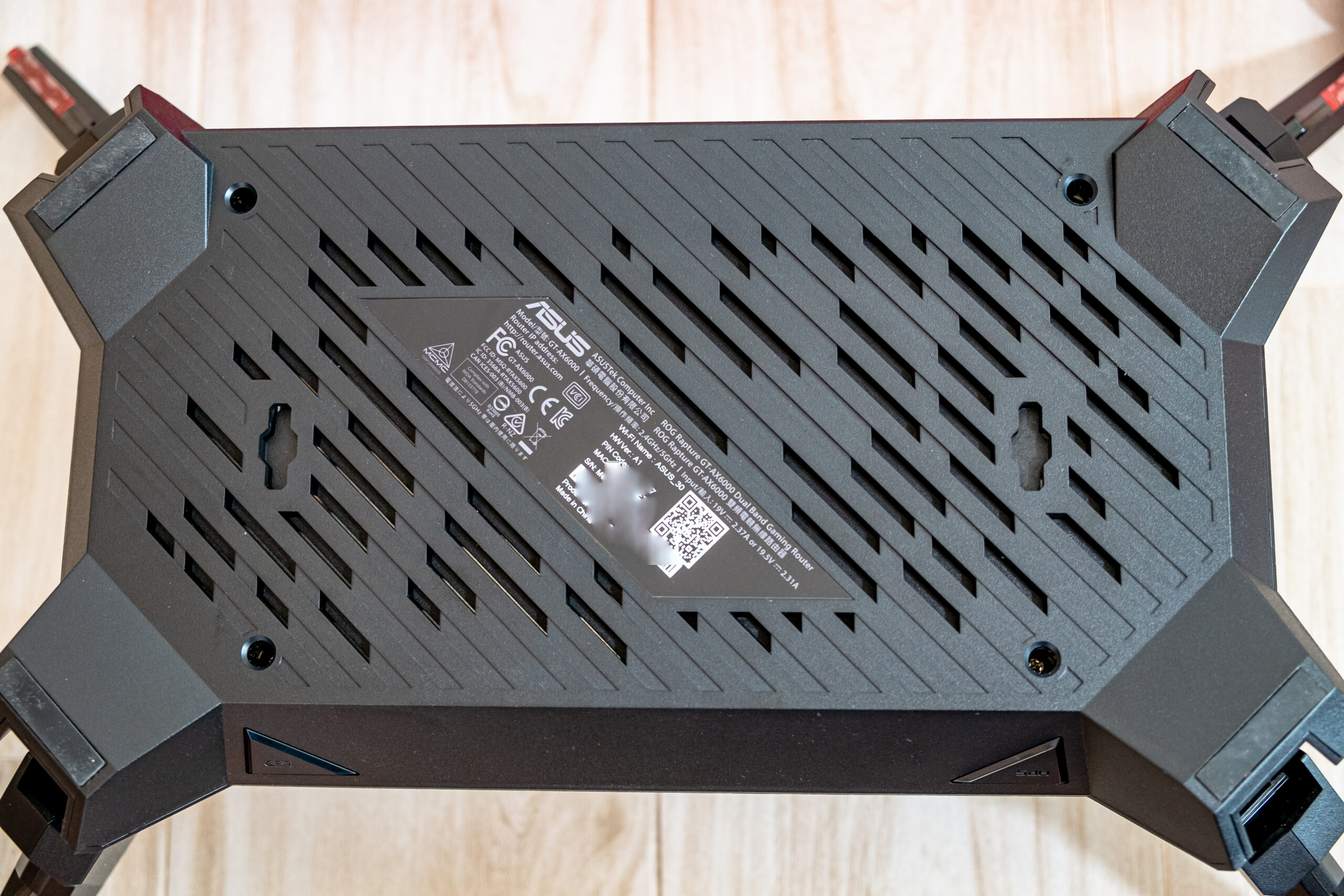 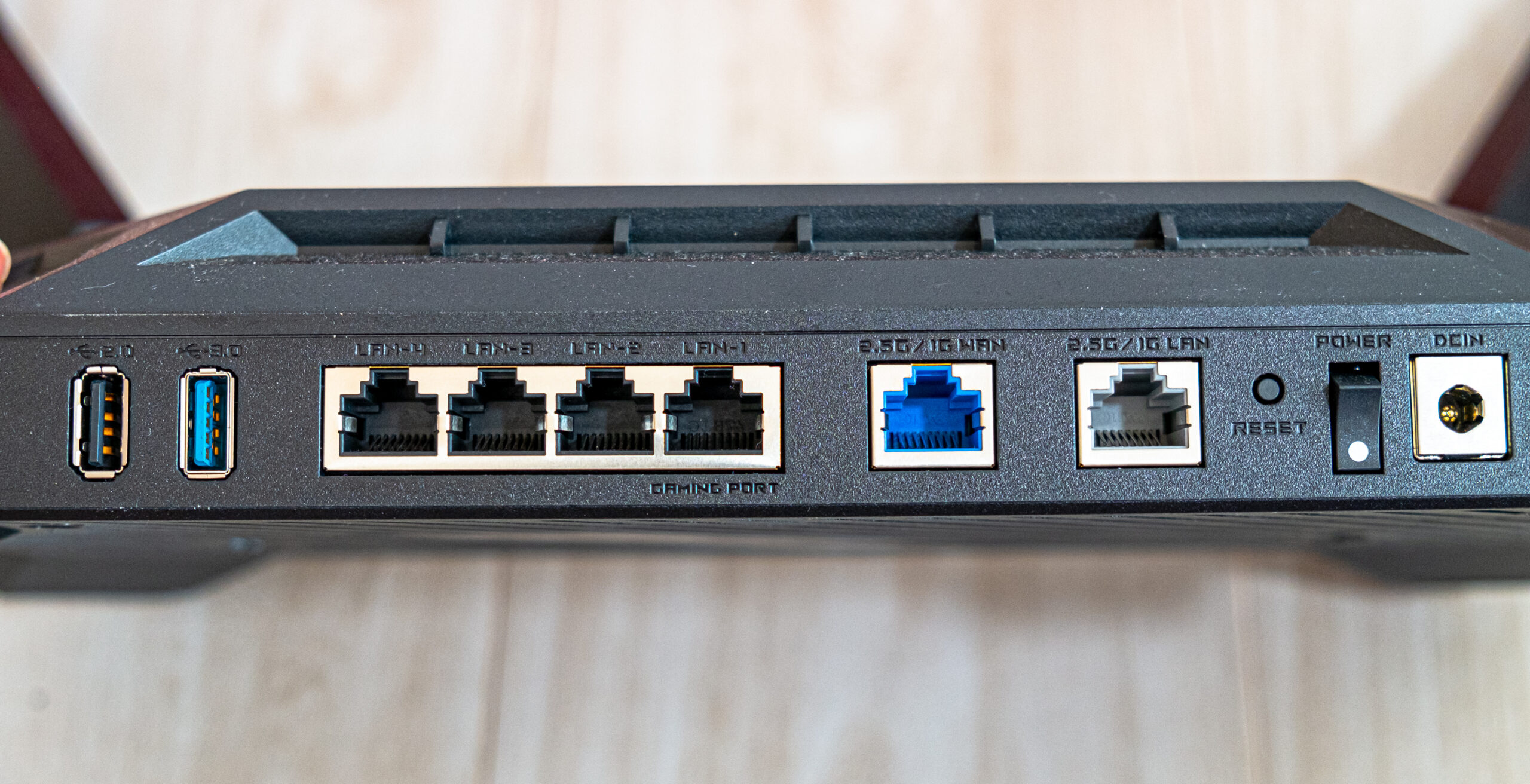 The ROG RBG LED light will blink and you have many selection of the color mode. 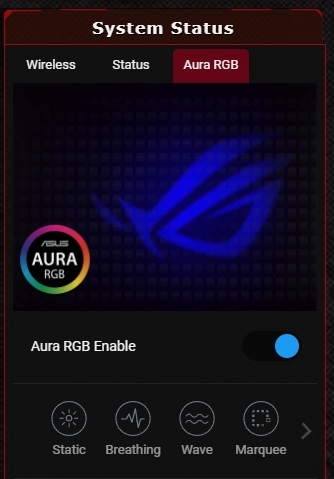 However, there are no LED light on the antennas.

Once the initial setup is complete, we can get into router Menu for more advance configuration. The router’s features are easily navigated via the left-hand panel.

We installed latest firmware to ensures that all the latest security updates are applied, along with bug fixes. For our testing, the Rapture AX6000 was running firmware version 3.0.0.4.386.48377. 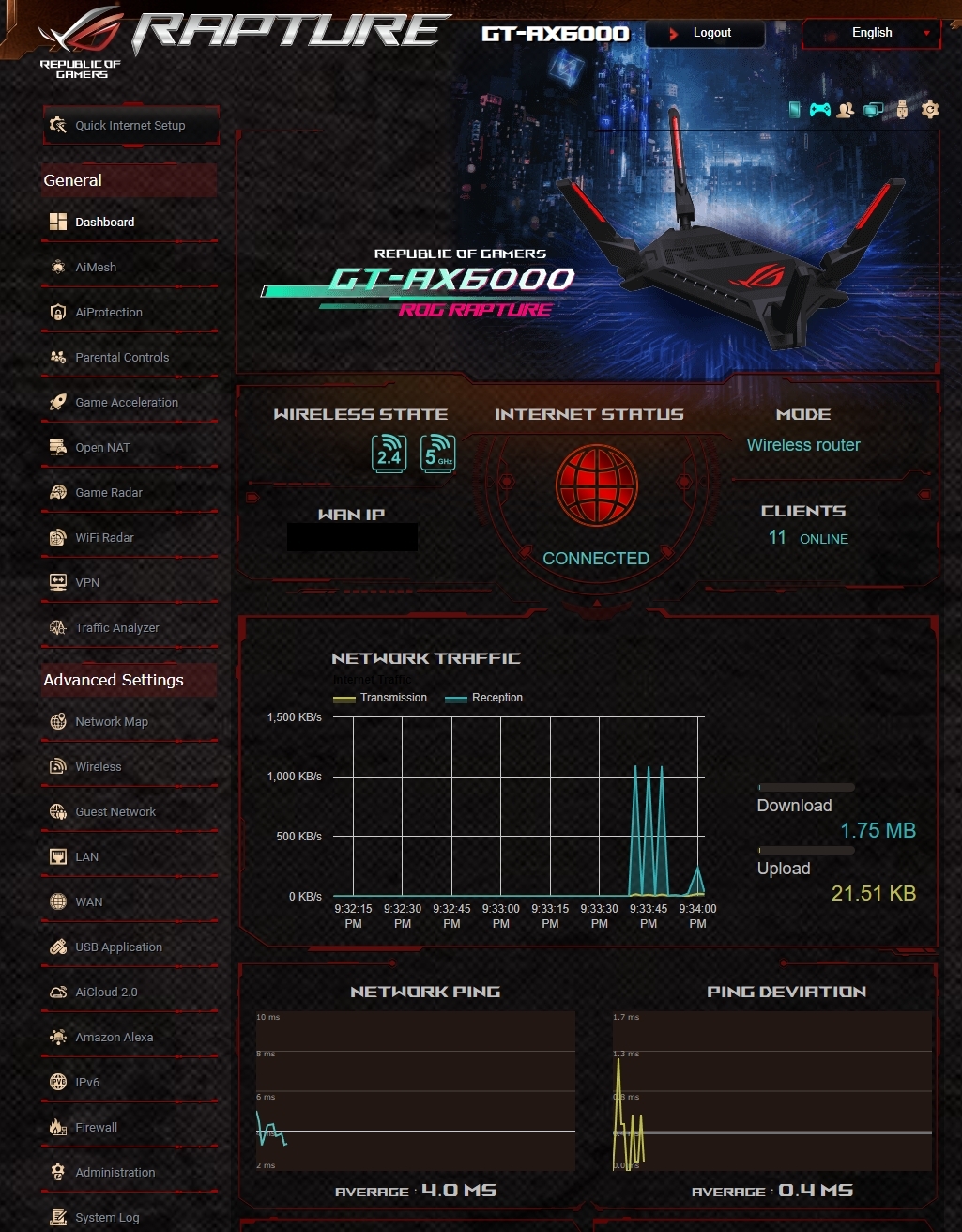 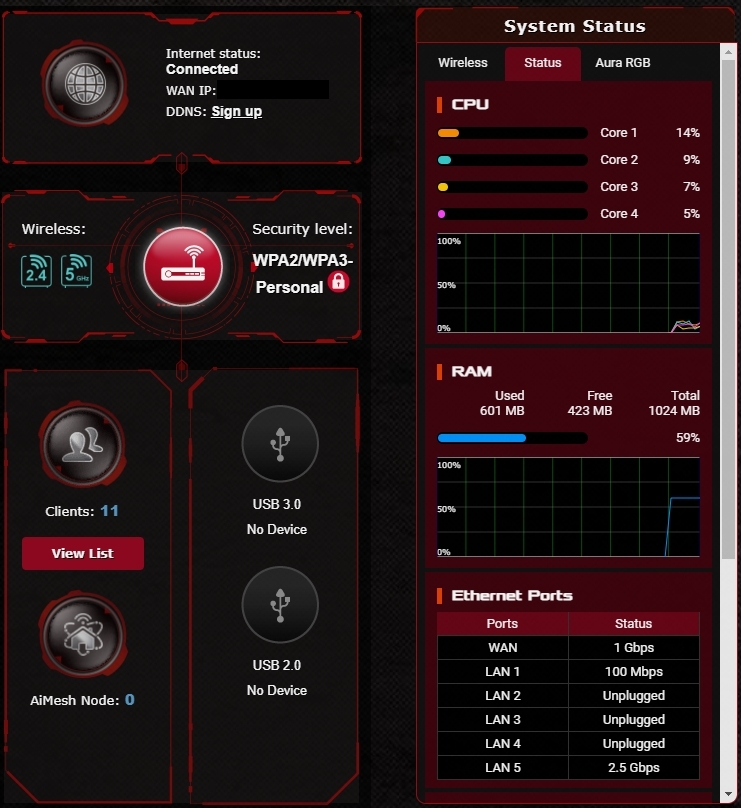 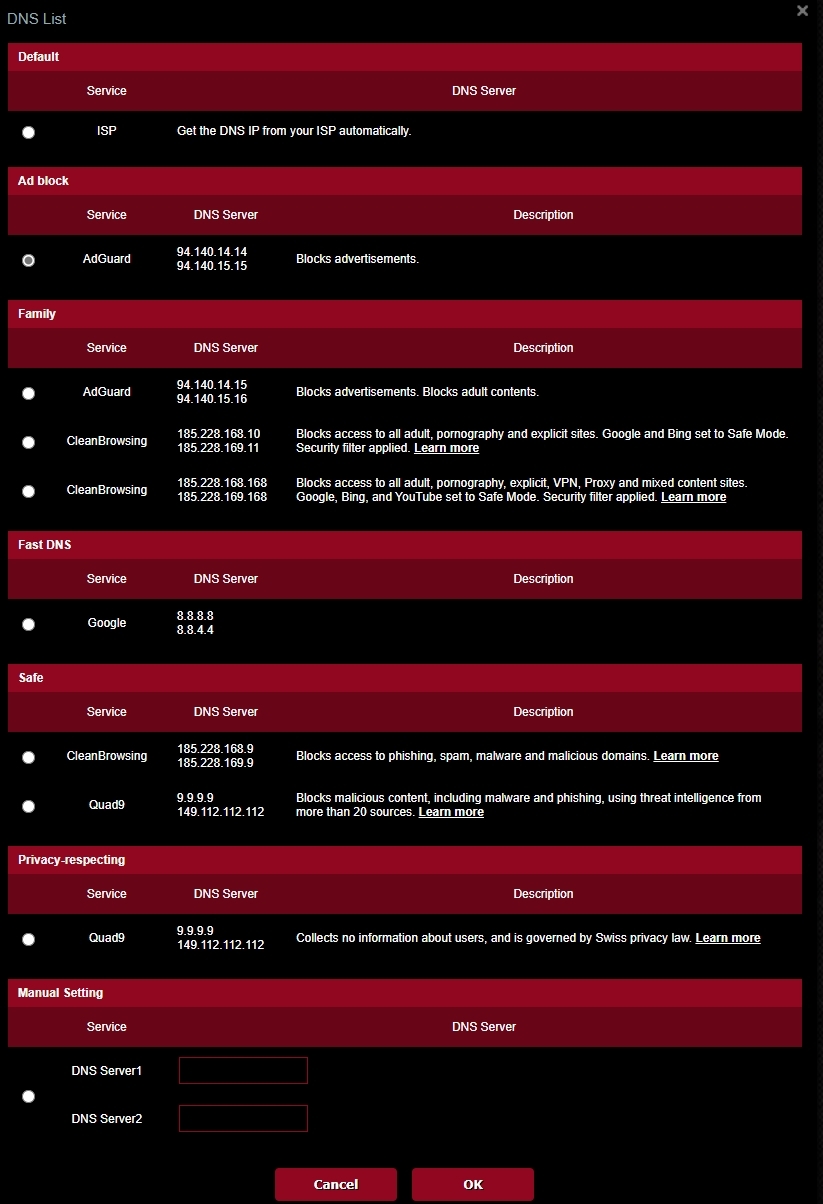 The Rapture AX6000 includes a number of security features from Ai Protection Pro. Network Protection with Trend Micro can provide anti malware on a network level, for no additional charge. Also, malicious sites are blocked at the router to keep the entire network secure.
[We have been placing this router as our main use to test the Ai Protection for 60 days and see the result below] 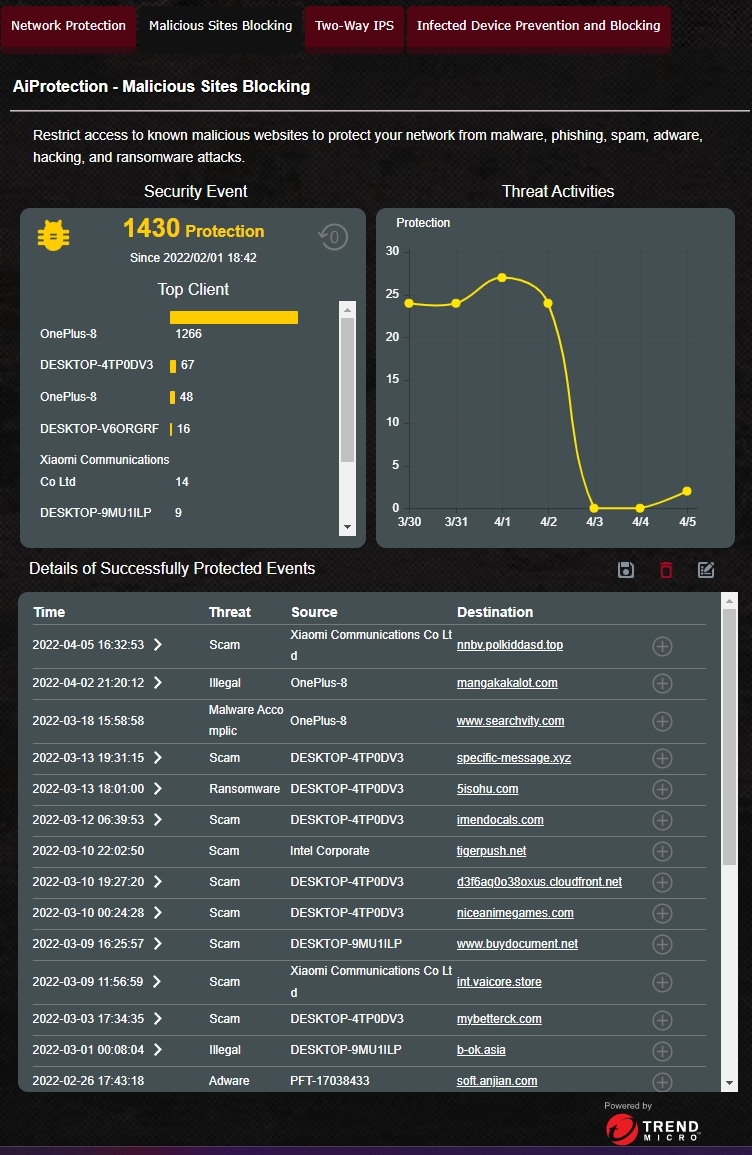 We tested the Router directly using Speedtest on WAN to Internet directly.