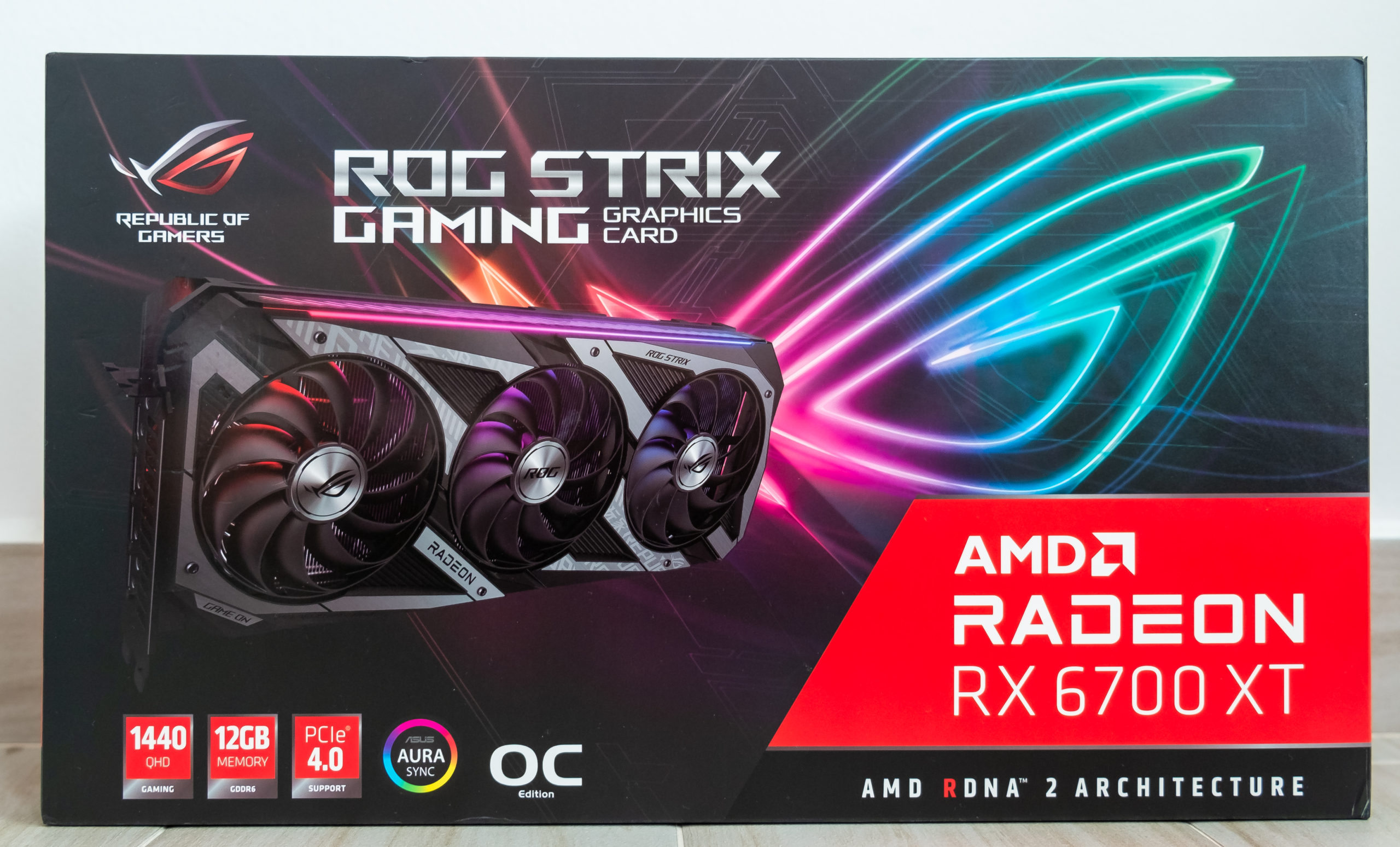 The ASUS ROG STRIX Radeon RX 6700 XT OC is AMD’s third true performance-segment graphics card in one years since the RX 5700 series. It’s based on the second “Navi” architecture that leverages the 7 nm silicon fabrication process. The silicon also has a number of architectural changes. An interesting series of price adjustments and product launches ensures that even at its starting price of SGD$1399  – 3 Years limited warranty.

The Navi 22 silicon at the heart of the RX 6700 XT physically features 40 RDNA2 compute units, which works out to 2,560 stream processors, 40 Ray Accelerators, 160 TMUs, and 64 ROPs. The increased 12 GB memory size over the past generation comes with a catch—the memory bus width is narrowed to 192-bit. AMD attempted to overcome this by using the fastest standard GDDR6 memory chips that run at 16 Gbps and Infinity Cache, a fast on-die 96 MB cache memory that cushions data transfers between the GPU and memory. It features a thick aluminum fin-stack heatsink that’s ventilated by trio of Axial-Tech fans with triple-fan cooling, this card is equipped with a dual-bios design with performance and silent mode; the three fans start to spin and cool once the GPU warms up. You also get extra rich feature: a blinding amount of RGB LED illumination, additional fan headers to let you synchronize your ventilation to the card, and an additional RGB out.

The ASUS ROG STRIX RX 6700 XT OC features a custom-design PCB designed by ASUS with a massive 9+2 phase VRM that draws power from a pair of 8-pin PCIe power connectors, and several goodies, such as a digital RGB header, a couple of PWM case-fan headers, voltage measurement points for pro-users, and more. The cooling solution is the ASUS DirectCU III, the latest in a long line of high-end air-based cooling solutions from ASUS that features an aluminum fin-stack heatsink and a trio of fans that turn off when the GPU is idling. Better cooling and power limits mean that the GPU is able to sustain its boost clock speeds better, resulting in more performance.

This card has a dual (8+8) pin power header and the configuration is rated for up to 375 W of power draw.

The ASUS Axial-tech fan design has matured with an increased blade count on all three fans: 13 on the center fan and 11 on the auxiliary fans. The center fan’s extra blades and full-height ring provide boosted static pressure to blast air directly onto the GPU heat spreader. The barrier rings on the side fans have been slimmed down to allow for more lateral intake and to provide better airflow through the massive cooling array.

Sadly, the backplate ROG logo do not have lighting effect.

Nine phases of GPU VRM  is powered by an International Rectifier IR35217.

Two-phase memory VRM is powered by an NCP81022N controller.

Radeon RX6700XT is the third highest end graphics card in AMD Navi-based segment. As such, our graphics workstation, based on an ASRock B550 Taichi motherboard and AMD 5600X 6 cores processor.  The ram we will be using is  G.Skill’s F4-3600C16D- 16GTZNC memory kit. ADATA XPG GAMMIX S50 Lite 1TB M.2 NVMe SSD is used as well to run with benchmark.

Variable-Rate Shading (VRS) is a DirectX 12 feature that can improve performance by reducing detail in parts of the frame where it is unlikely to be noticed. The 3DMark VRS feature test helps you compare differences in performance and image quality when using Tier 1 and Tier 2 VRS. An interactive mode lets you change VRS settings on the fly and export frames for comparison.