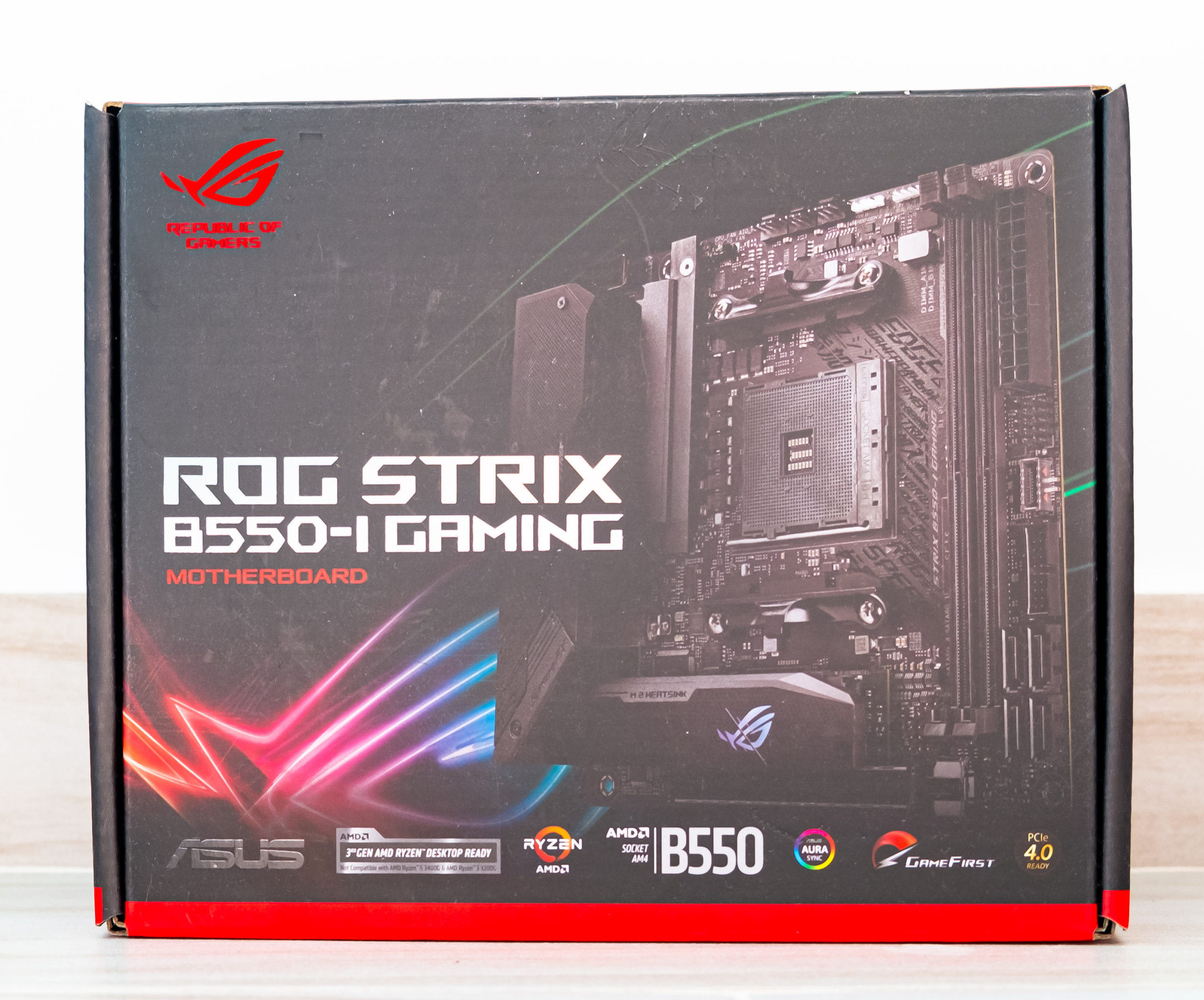 The ASUS ROG STRIX B550-I Gaming is a premium mini-ITX model, and has many rich feature for an mITX B550 board. Interestingly, the ROG STRIX B550-I Gaming supports up to DDR4-5100 which is impressive, but it’s seem only Gigabyte B550I AORUS PRO AX can reach  DDR4-5300. This boards notable features include two M.2 slots, one PCIe 4.0 x4 on the front. and one PCIe 3.0 x4 on the back, with a Intel 2.5 G Ethernet controller and an Intel Wi-Fi 6 interface.

A simple black and grey theme, the ASUS B550-I Gaming has a single full-length PCIe 4.0 x16 slot. On the front of the board is a single PCIe 4.0 x4 M.2 slot which is cooled by an M.2 heatsink and chipset heatsink, while a second M.2 slot is located on the back which supports PCIe 3.0 x4 drives.  For memory, there are two memory slots with support for up to DDR4-5100, with a maximum capacity of up to 64 GB.

As for the RAM modules, everything is simpler here: a single-phase circuit is implemented on the Vishay mosfets.

On the rear panel, there is a pair of video outputs including an HDMI 2.1 and DisplayPort 1.4, while the three 3.5 mm audio jacks are controlled by a Realtek ALC1220A HD audio codec. In regards to USB, there’s a single USB 3.2 G2 Type-C [Audio], three USB 3.2 G2 Type-A,  one USB 2.0 Type-A ports. A Intel I225-V 2.5 GbE Ethernet controller provides wired networking, while an Intel AX200 Wi-Fi 6 interface provides wireless as well as support for BT 5.1 devices. Finishing off the rear panel is a Bios Flashback button which allows users to update the firmware at the click of a button.

There are also four SATA ports with support for RAID 0, 1, and 10 arrays.

The B550-I Gaming also boasts a direct 8+2-phase power delivery, with a heatsink and a fan which mount into the design of the rear panel cover.

For this board, the distribution chip PI3DX multiplexers from Pericom. PCIe bandwidth between PCIe lane to others hardware such as Intel LAN, Intel AX WIFI and others.

For the Bios is using Winbond 256Mb SPI FLASH

The sound is controlled by the Realtek ALC1220A audio codec, also the audio section contains two operational amplifiers R4580J and OPA1688A from Texas Instruments. The audio circuits of the board use Nichicon Fine Gold audiophile capacitors.

Three audio connectors on the rear panel are LED-illuminated. The unique solution should be especially noted: for the first time I see that the motherboard implements sound output to headphones not only through the usual path (to the front panel of the case), but also through the Type-C jack on the rear panel, especially for owners of headphones with a Type-C connector , which are now equipped with many top-level smartphones. There is an S210 processor to recognize the connection and activate one or another op-amp.

Those who have standard headphones with a 3.5mm, and who do not want can use the jack on the front panel, the delivery set includes a Type-C to audio jack adapter.

All USB Type-A / Type-C ports have their own Pericom PI3DX signal amplifiers.

There is a high-speed Intel I225-V Ethernet controller capable of operating at the 2.5 Gb/s

On the back of the board spotted PCIe_3x4 M.2 slot.

ASUS ROG STRIX B550-I Gaming is a high range- ITX motherboard from ASUS. As such, our workstation, based on an ROG STRIX B550-I gaming motherboard and AMD Ryzen 3600X 8cores 16 threads processor.  The ram we will be using is  G.Skill’s F4-3600C16D- 16GTZNC memory kit. Zotac GeForce RTX 2080AMP Extreme graphics card and ADATA SX8200 500Gb M.2 NVMe SSD is used as well to run with benchmark.

Benchmark the speed of your PC computer hardware 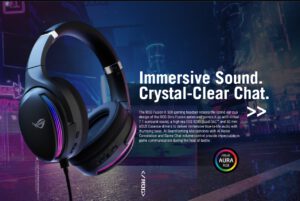 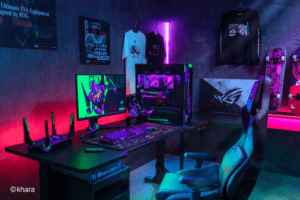