Asus ProArt B550- Creator is a represent another new segment of creativity series. This is a highly sophisticated motherboard with support for AMD Ryzen Zen 2 & Zen 3 processors, designed for creativity professionals. It has 15 USB ports of various types, including 4 very fast USB 3.2 Gen2 ports, of which two support Thunderbolt 4, and one of the fastest USB 3.2 Gen2 × 2 ports, albeit in the form of an internal Type-C. The board also provides 3 PCIe x16 slots, 2 PCIe x1 slot, 2 M.2 slots (two of them can be connected to the processor). The board also has 4 SATA ports and 7 fan connectors, two wired 2.5 Gbps LAN. The board has a competent cooling system for each potentially heating element, including drives in M.2 slots (there are thermal pads for cooling drives on both sides). Thunderbolt 4 support allows you to transfer data at 40 Gbps. Of course, Asus ProArt – Creator offers ample opportunities for overclocking enthusiasts in the form of hardware chips, as well as many settings in BIOS Setup and proprietary utilities.

Intel I225-V B3 2.5Gb network interface, equipped with two on the motherboard

Let’s move on to examining our motherboard. The Creator series, already have both top-end X570 chipsets and B550 mid-budget ones. Our current review board belongs mid-budget series – ProArt B550-Creator. ASUS ProArt B550 boards are based upon 14 power phases (12+2), there are 12 phases at 90A are reserved for the CPU and 2x90A for the Mosfet SoCs. The power stages are all cooled by aluminum heat sinks.

The PCIe x16_1 & 2 slot has a stainless steel metal reinforcement, which increases reliability (Which can be important in the case of fairly frequent video card changes, but more importantly: such a slot will more easily withstand the bending load in the case of a very heavy graphics card top-level). It also protects the slot from electromagnetic interference. For the first PCI-E slot will support full bandwidth of PCI-E 3/4 and follow by PCI-E x1 3.0, PCI-E x8 3.0, PCI-E x1 3.0 and PCI-E x4 3.0.  You will find a total of two M.2 slots on this motherboard all with different key types for different devices.  All two slots feature integrated heat spreaders.

Remove all heatsink and I/O case from the motherboard.

In this case the VRM Digi + EPU ASP1106, which is designed for a maximum of 6 phases.

Therefore, the design scheme of programmed phase control without phase doublers is used. Considering that this scheme does not have a proprietary TPU (TurboV Processing Unit) processor, which distributes the on / off phases on older motherboards, a simple parallel circuit is used: 12 phases for the core are converted into 4 (three physical phases go for one on the controller), and 2 more for SoC are converted to 1.

As for the RAM modules, everything is simpler here: a single-phase circuit is implemented on the Vishay mosfets.

The scheme of the chipset + processor bundle operation

Ryzen 3000/5000 processors have a total of 24 I / O lines (including PCIe 4.0). 4 lanes (in this case, turning into PCIe 3.0) are connected to the B550 chipset. Another 16 lines are PCIe slots for video cards. There are 4 lines left: they can be configured by motherboard manufacturers to choose from:

For ASUS ProArt B550-Creator base on B550 chipset:

In turn, the B550 chipset supports a total of 18 PCIe 3.0 lanes. Of these, again, 4 are needed for communication with the CPU. There are 14 I / O lines left, of which 4 are occupied by SATA ports, and the remaining 10 lines can be freely configured. It is clear that there will most likely be a shortage of PCIe lines to accommodate all the necessary peripherals, and resources will have to be divided.

This board has only one full-fledged PCIe x16 slot, its allocation of PCIe lines is unambiguous, so multiplexers are not in demand.

But switching PCIe x16_2 and PCIe x1 slots is necessary, therefore, ASM1480 multiplexers from ASMedia are used for these purposes.

The Audio is controlled by the Realtek ALC1220A audio codec and it also provides audio output up to 7.1.

Nichicon Fine Gold audiophile capacitors are used in the audio circuits of the board.

How We Test ASUS ProArt B550- Creator

PerformanceTest provides you with an overall “PassMark Rating” that has been a standard for quantifying PC performance since 1998.

Basemark GPU is a professional evaluation tool to evaluate and compare graphics performance across mobile and desktop platforms. Uniquely, it supports all major graphics APIs and operating systems. 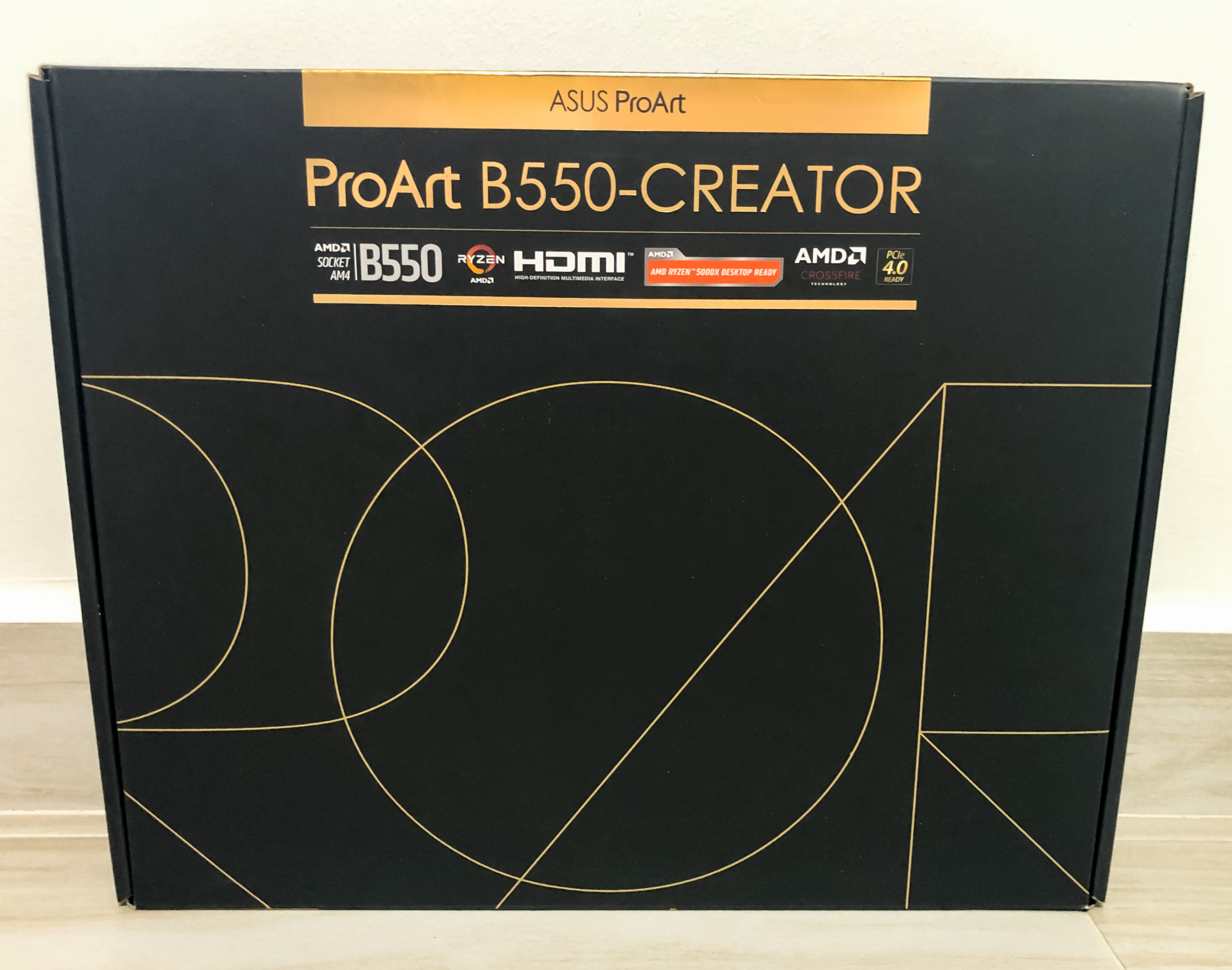