In addition to sensing devices such as cameras and millimeter wave radar, LiDAR is becoming ever more important as a method of high-precision detection and recognition of not only road conditions but also the location and shape of objects such as vehicles and pedestrians. This trend is being driven by the popularization of advanced driver assistance systems (ADAS) and the need for this technology in autonomous driving (AD).

SPAD is a pixel structure that uses avalanche multiplication to amplify electrons from a single incident photon, causing a cascade like an avalanche, and it can detect even weak light. It is possible to accomplish long-distance, high-precision distance measuring by employing SPAD as the detector in a dToF sensor, which measures the distance to an object based on the time of flight (time difference) of a light emitted from a light source until it returns to the sensor, after being reflected by the object. Now, by leveraging Sony’s technologies such as back-illuminated pixel structure, stacked configurations and Cu-Cu connections*2 cultivated in the development of CMOS image sensors, and achieving the SPAD pixels and distance measuring processing circuitry on a single chip, Sony has succeeded in developing a compact yet high-resolution sensor. This enables high-precision, high-speed measurement at 15-centimeter range resolutions up to a distance of 300 meters*3. The new development will also help enable detection and recognition under severe conditions such as various temperature and weather as required for automotive equipment, thereby contributing to greater reliability for LiDAR. Achieving a single chip also helps lower the cost of LiDAR.

Sony has also developed a MEMS (Micro Electro Mechanical System)*4 LiDAR system equipped with this new technology for evaluation purposes, which is now being offered to customers and partners. 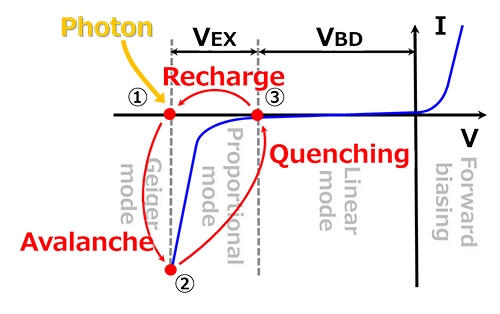 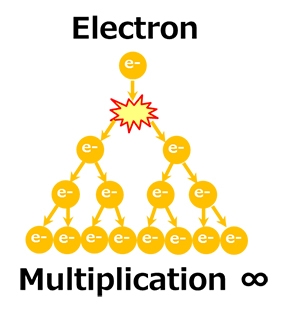 The new technology employs a back-illuminated SPAD pixel structure that uses a Cu-Cu connection to achieve conduction for each pixel between the pixel chip (top) and the logic chip equipped with distance measuring processor circuits (bottom). This allows for a configuration with all circuits other than light-incorporating pixels to be placed on the bottom, resulting in a high aperture ratio*7 and a high 22%*8 photon detection efficiency rate. Even with its compact chip size, a high resolution of approximately 110,000 effective pixels (189 x 600 pixels) at a pixel size of 10 μm is achieved. This enables high-precision distance measuring at 15-centimeter range resolutions up to a distance of 300 meters, thereby contributing to improved LiDAR detection and recognition performance. 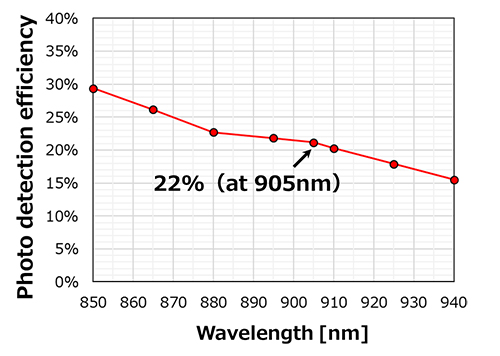 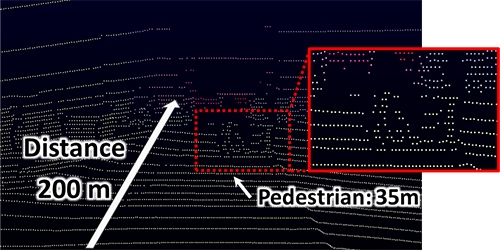 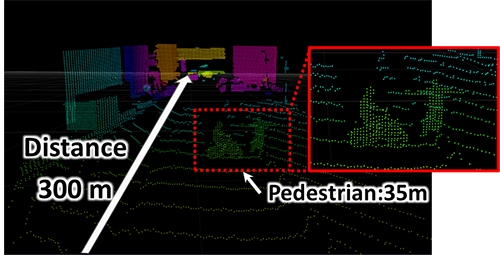 Sony has developed its original Time to Digital Converter (TDC), which converts the detected photon flight time into a digital value, and an original passive quenching/recharge circuit, and employed them along with a Cu-Cu connection for each pixel, making it possible to improve the response speed per photon to 6 nanoseconds*9 under normal conditions. High-speed distance measuring processing contributes to safer driving by detecting and recognizing surrounding conditions in real time. 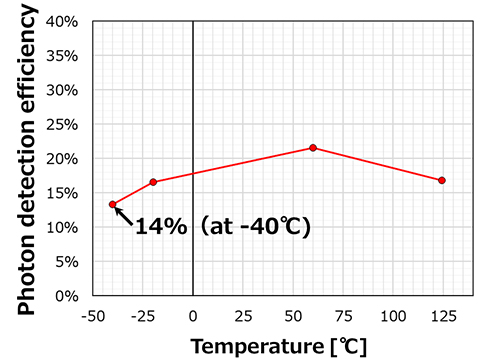 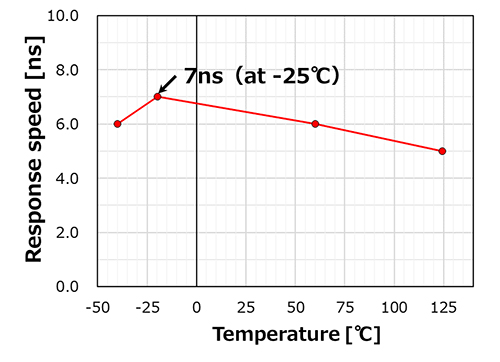