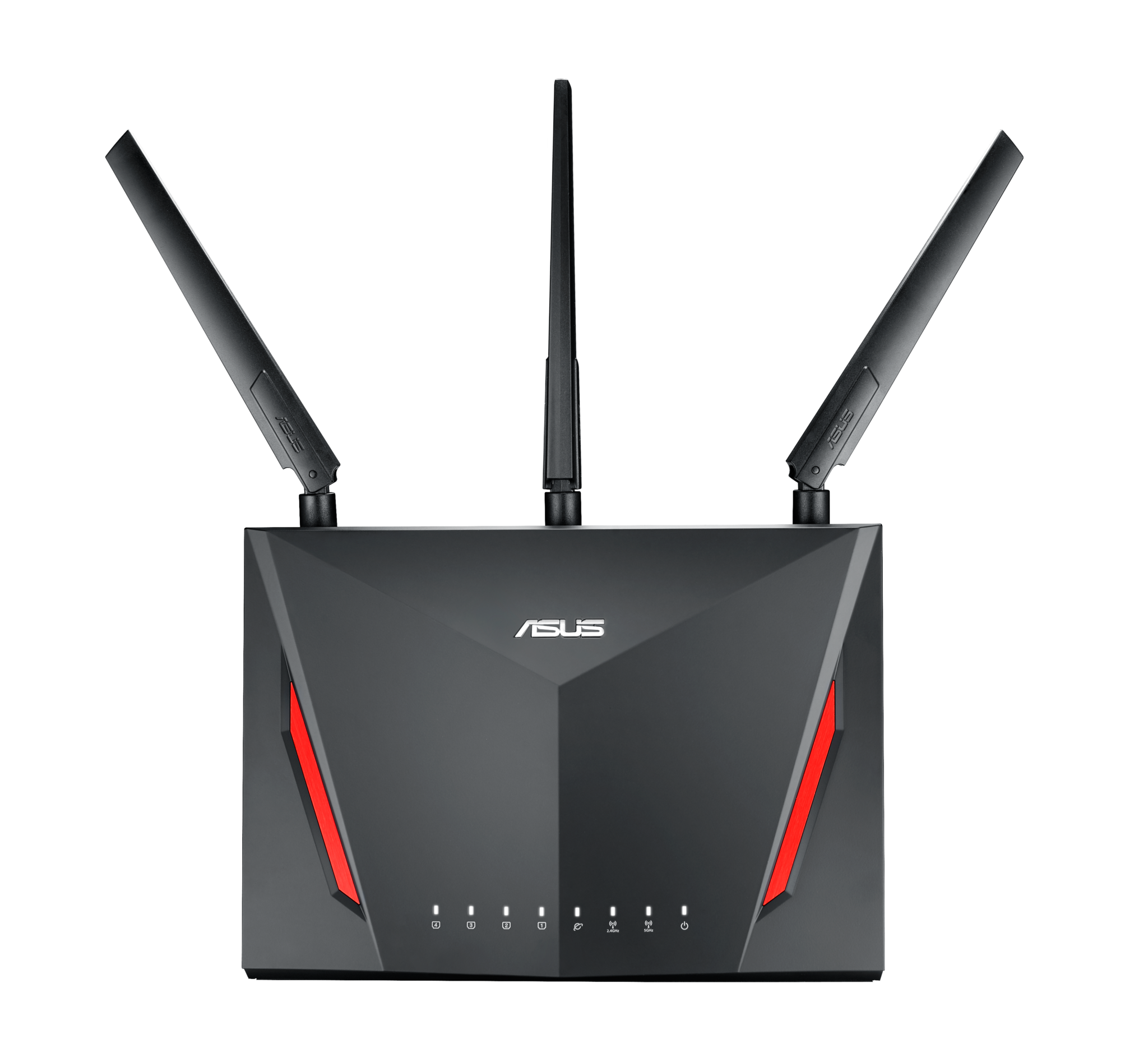 Avid gamers will also appreciate the double gaming boost offered by RT-AC86U, with Adaptive QoS to prioritize game traffic, and the built-in WTFast® game accelerator that optimizes connections to game servers around the world.

The built-in ASUS AiProtection, powered by Trend Micro™ Smart Network, provides centralized commercial-grade security for all connected devices, detecting and neutralizing internet threats before they can reach the network.

ASUS RT-AC86U gives gamers the very best Wi-Fi network performance, anywhere in the home. Powered by a 1.8GHz dual-core processor, RT-AC86U features concurrent dual-band 802.11ac Wi-Fi, boosted by NitroQAM technology[1] to deliver bandwidth of up to 2166Mbps on the 5GHz frequency band and 750Mbps on the 2.4GHz band.

Built with gaming in mind, RT-AC86U offers a double gaming boost: Adaptive QoS automatically prioritizes game traffic to ensure that online games are always at the head of the network queue, and the WTFast game accelerator, powered by GPN®, provides a private optimized connection to game servers that reduces ping times by 30-60% on average[2].

MU-MIMO technology allows up to four compatible Wi-Fi devices to operate at their maximum possible speed, without impacting on each other’s performance, making it a great feature for team gaming at home. 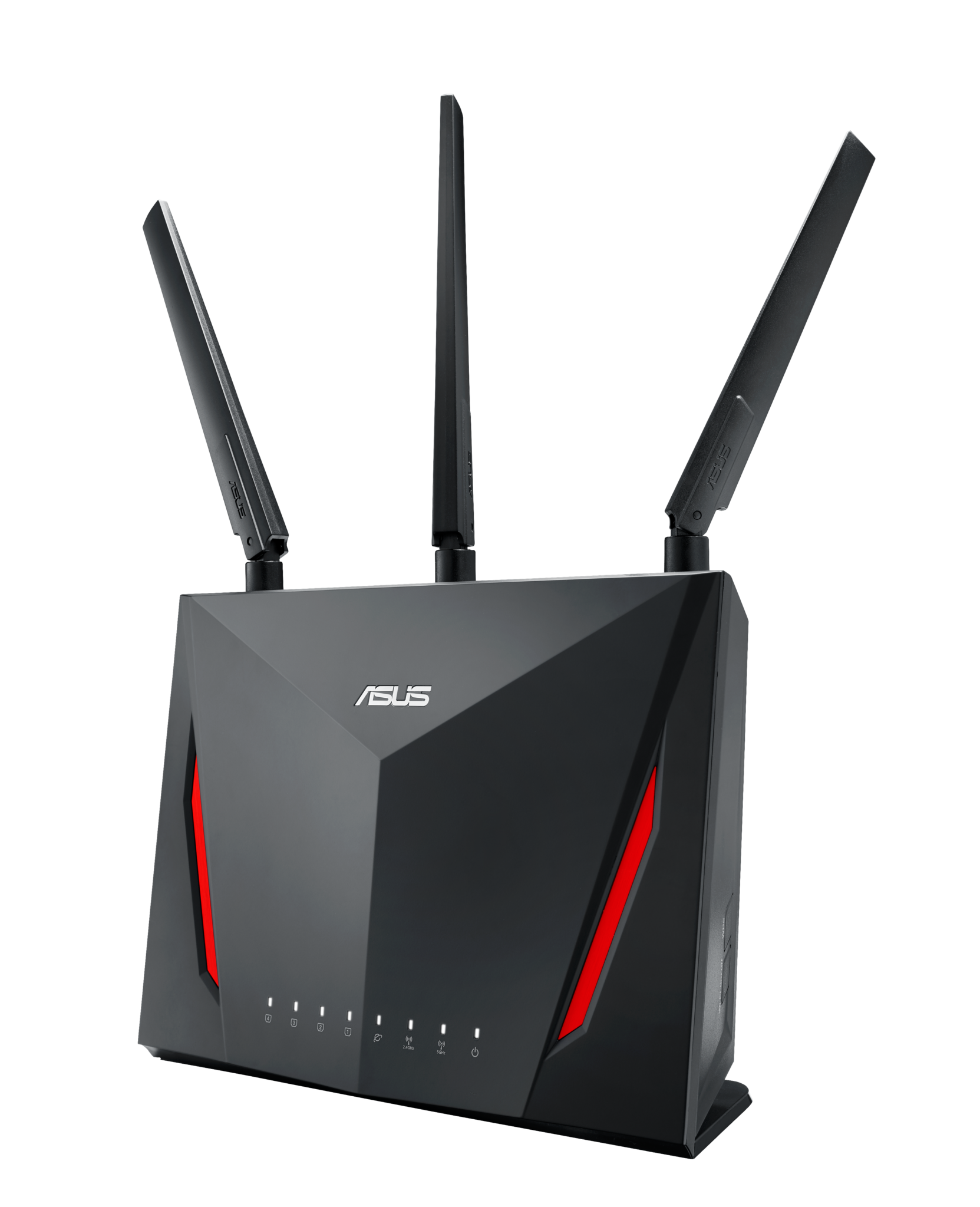 ASUS RT-AC86U incorporates ASUS AiProtection, a commercial-grade network security system powered by Trend Micro™ Smart Home Network. With AiProtection, all connected devices are protected, even if they have no antivirus capability of their own — such as IoT devices. As it is integrated in RT-AC86U and powered by the router, even if a device’s security software isn’t turned on — to get around blocked games, for example — AiProtection still protects the network from attacks and intrusions, for added peace of mind.

AiProtection blocks common internet-based attacks before they reach the network, and if an infected device is detected on the network, AiProtection instantly blocks it to prevent it sending any personal information to malicious servers.