The Zotac GTX 1070 Mini Powered by Pascal GP104 chipset and is a Nvidia graphics series that actually was released to replace the GeForce GTX 970. Custom PCB design and fitted with Zotac latest IceStorm & Freeze Tech cooling system – dual 9cm fans. The copper base heatpipe direct touch on the GPU core. You will spot one 8-pin power connector and at the backside you’ll find a sturdy metal backplate.

The Nvidia GTX 1070 based on GP104 chipset can be found on GTX 1080, but with 1 of the 4 Graphics Processing Clusters (GPCs) disabled, the video memory controllers and ROP remain. With the new architecture GP104 – GTX 1070 fully replace the predecessor GTX970. 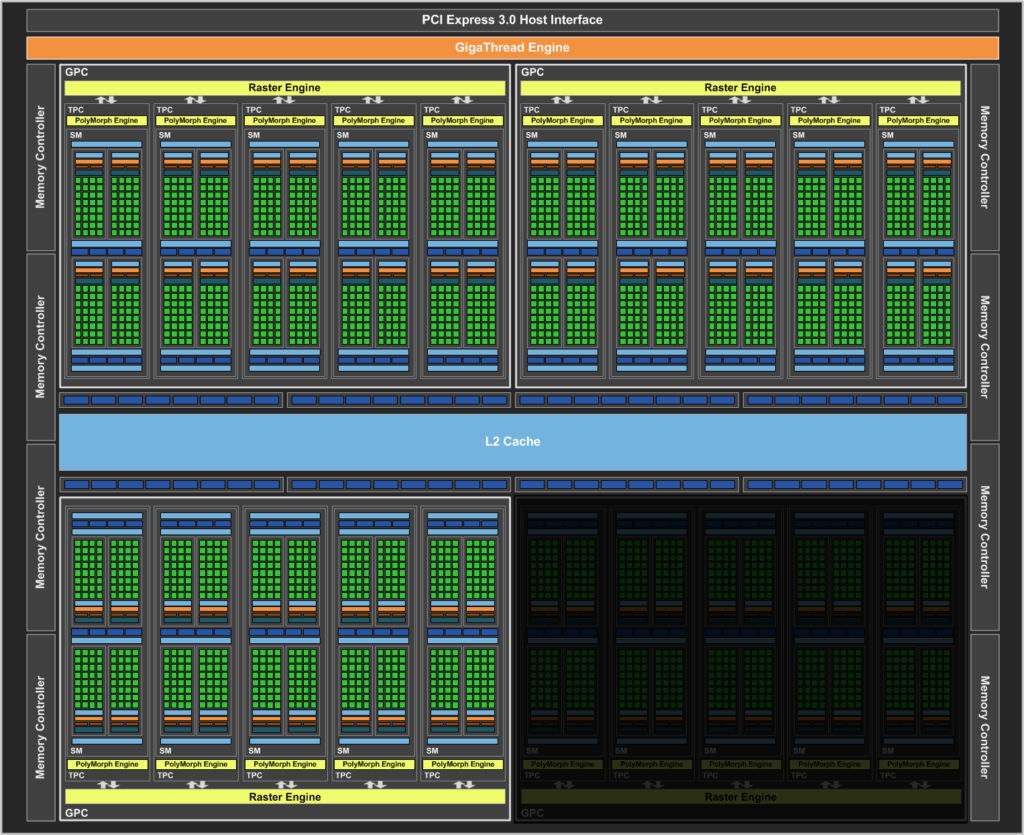 The memory for GTX 1070 doesn’t get GDDR5X, instead the card gets 8GB of GDDR5 running at 8Gbps. This delivers a total memory bandwidth of 256GB/sec. The GTX 1070 is rated for a 150W TDP increase 5W over its predecessor. 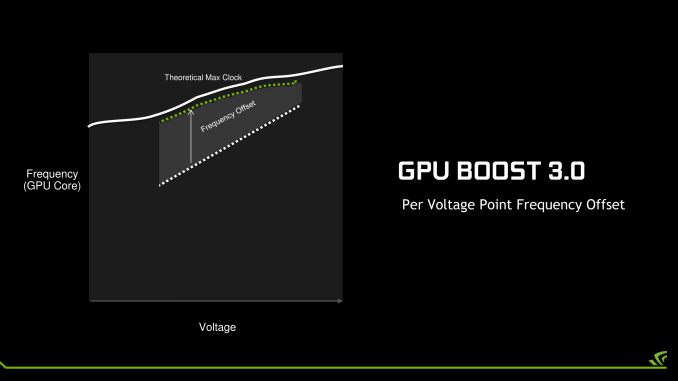 Pascal also upgraded a new version of GPU Boost 3.0. The Nvidia GPU Boost 3.0 adjust the clockspeed for all voltage points  at the same time. It limits the highest stable overclock to the lowest point on the voltage/frequency curve. Each point on the curve can be adjusted individually. This means the weakest points can be overclocked to a lower degree while the strongest points can be more significantly higher clock speed. However, if your cooling system is good and you can maintain at the high point of the clock speed while playing high demand game. It’s same as temperature protection on the hardware when the core temperature reach the chipset recommendation limit and the GPU will automatically lower down the clock speed and voltage to prevent damage.

The Zotac GTX1070 Mini has default clock frequencies of 1708 MHz (boost) / 1518 MHz (base) with a reference clocked 8192 MB GDDR5 / 8008 MHz effective data-rate on the memory. We test the graphics card at its default out of the box and thus software settings. 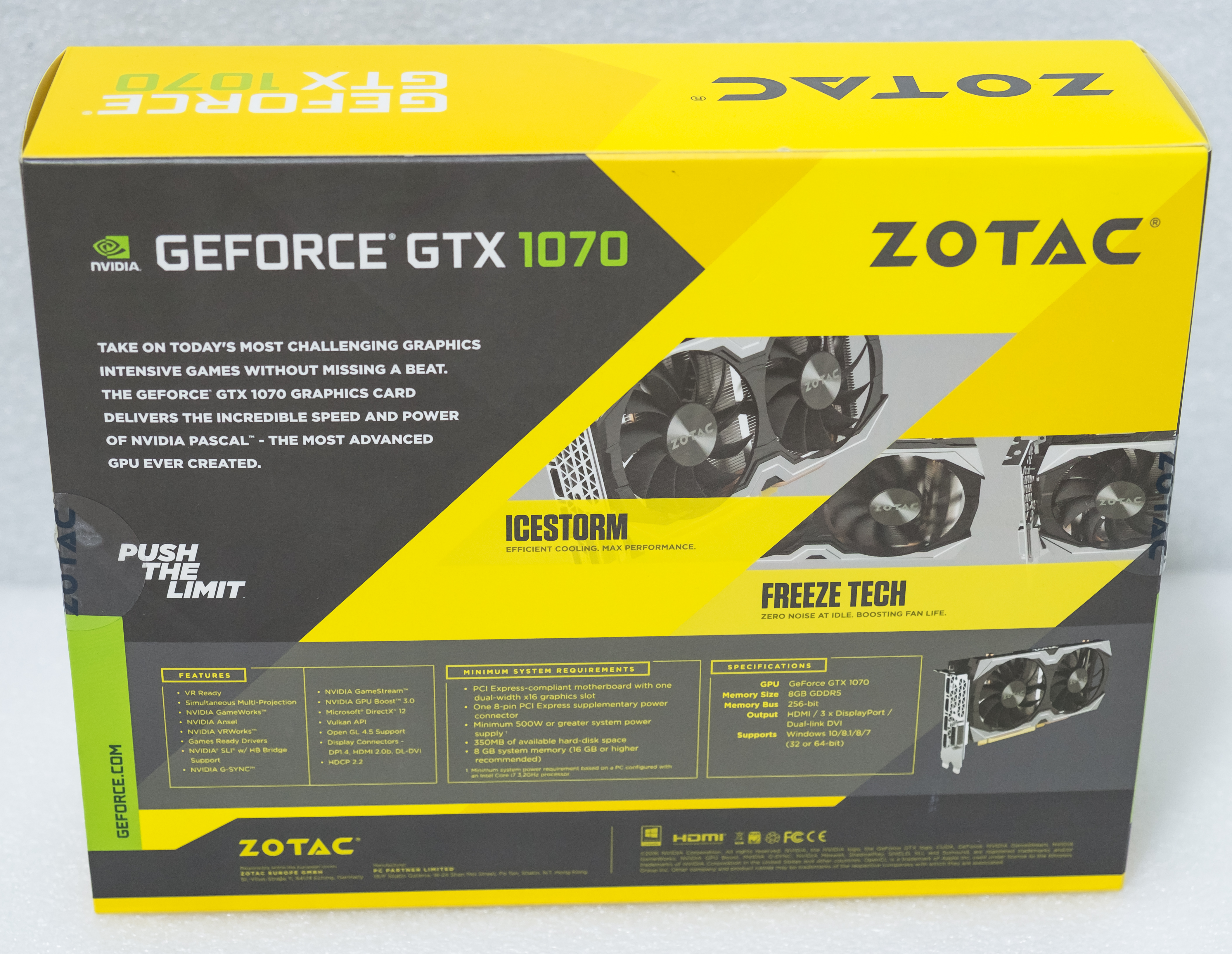 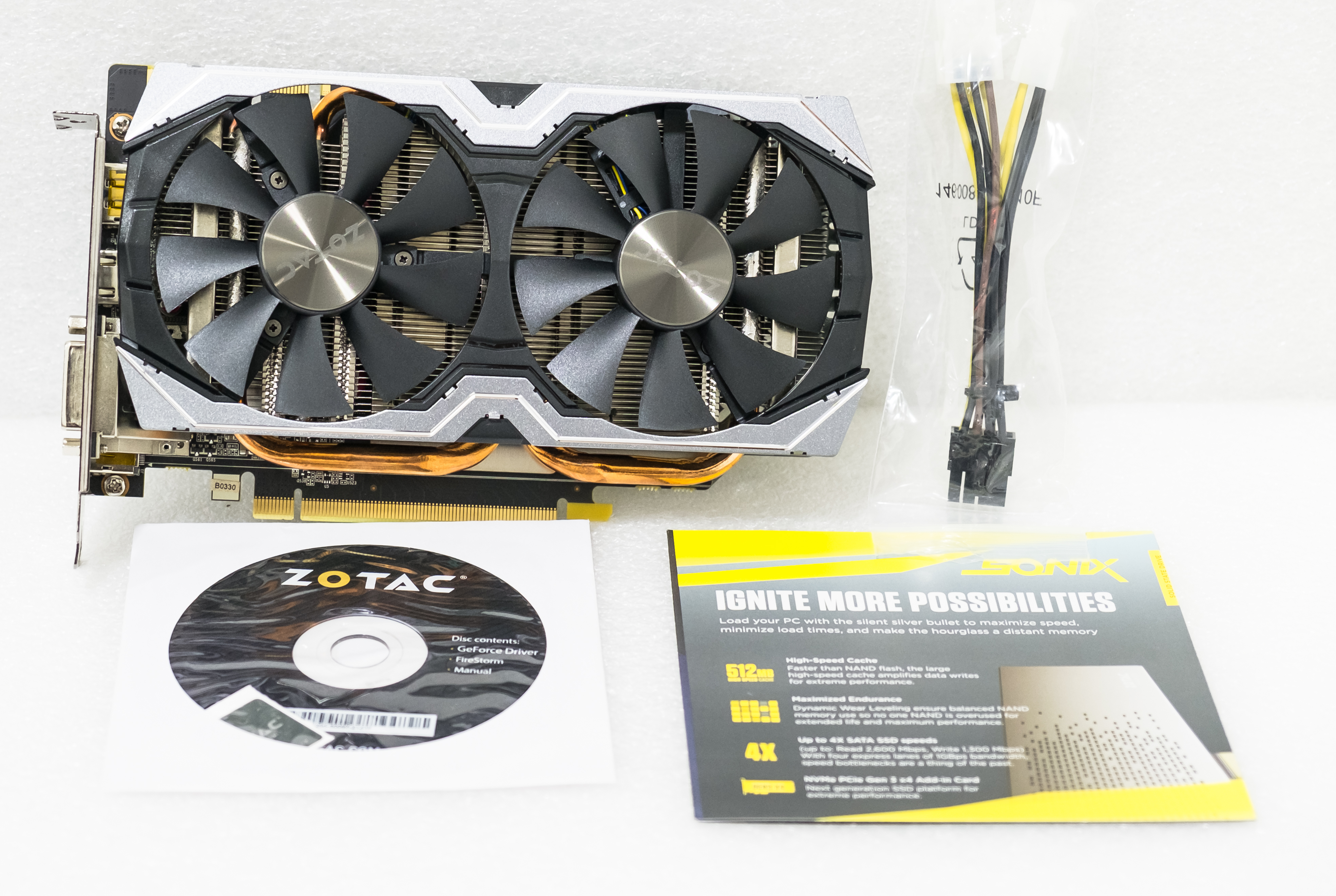 Zotac has created IceStorm cooler for the Geforce 100 series. We were impressed with the cooling performance and the build quality. The next image shows the back plate. 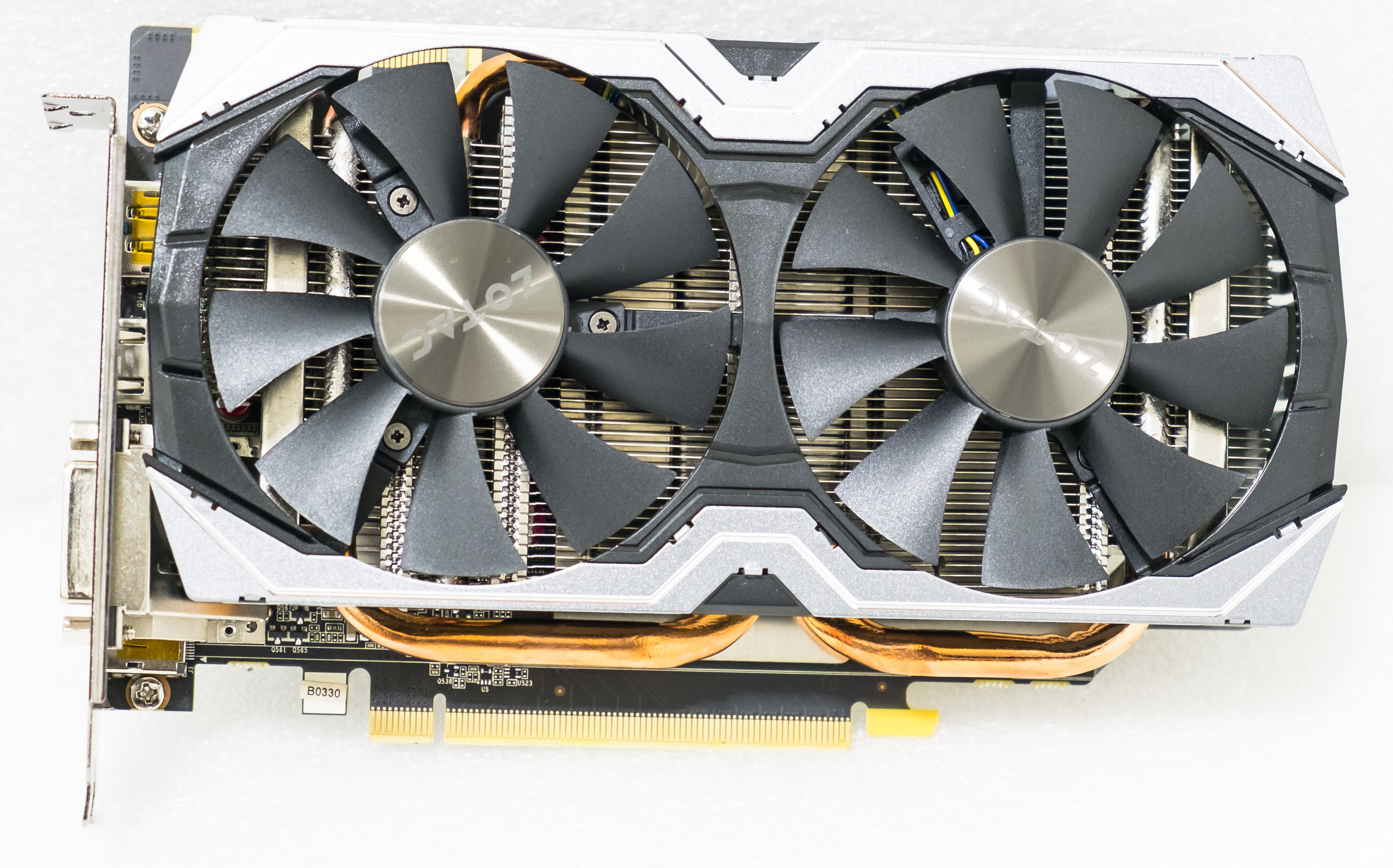 Zotac uses two 9cm fans cooler for IceStorm & Freeze Tech, the large dark grey parts made of metal. On the back, you find a sturdy metal backplate. Dimensions of the card are 210mm x 122 mm. 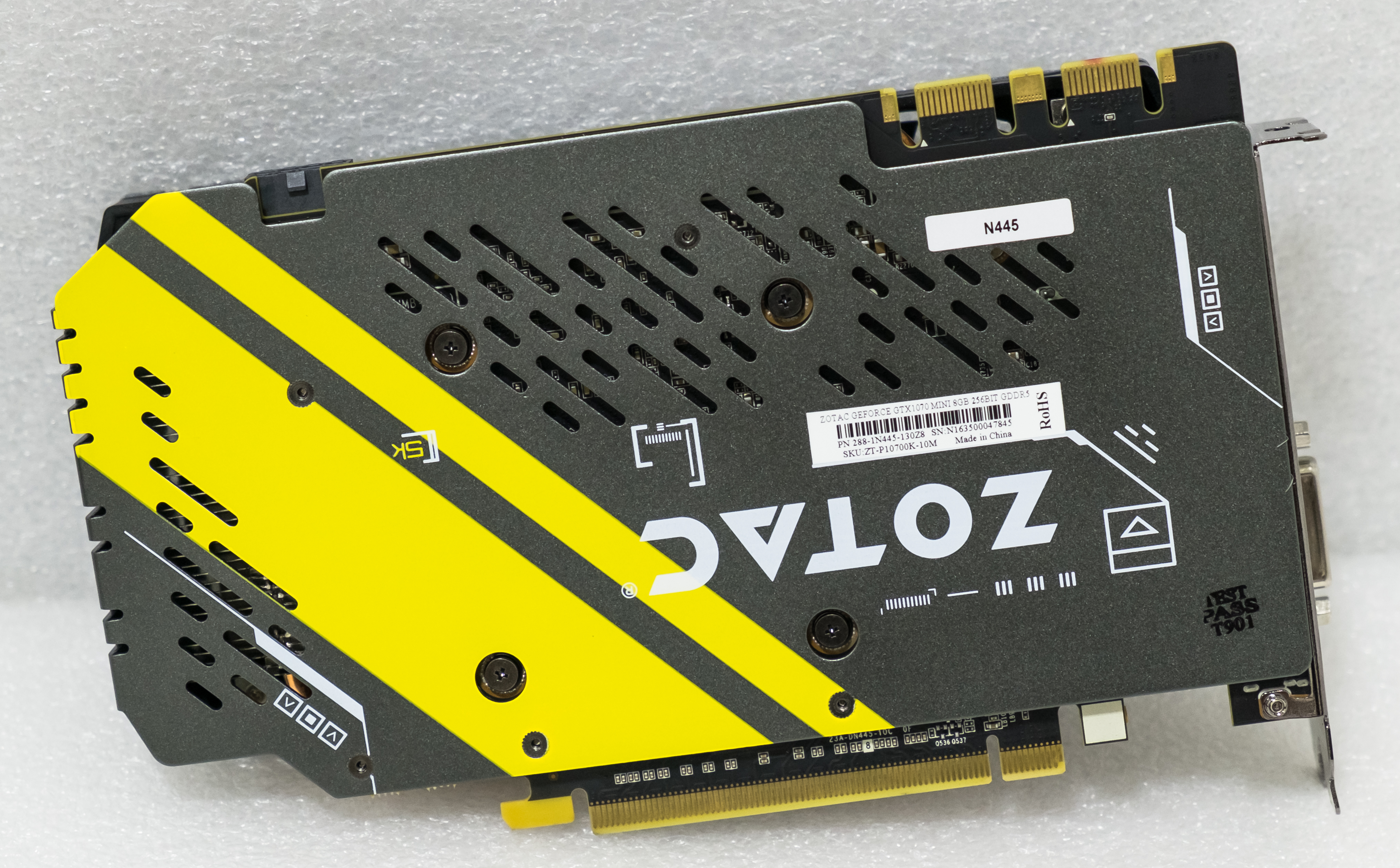 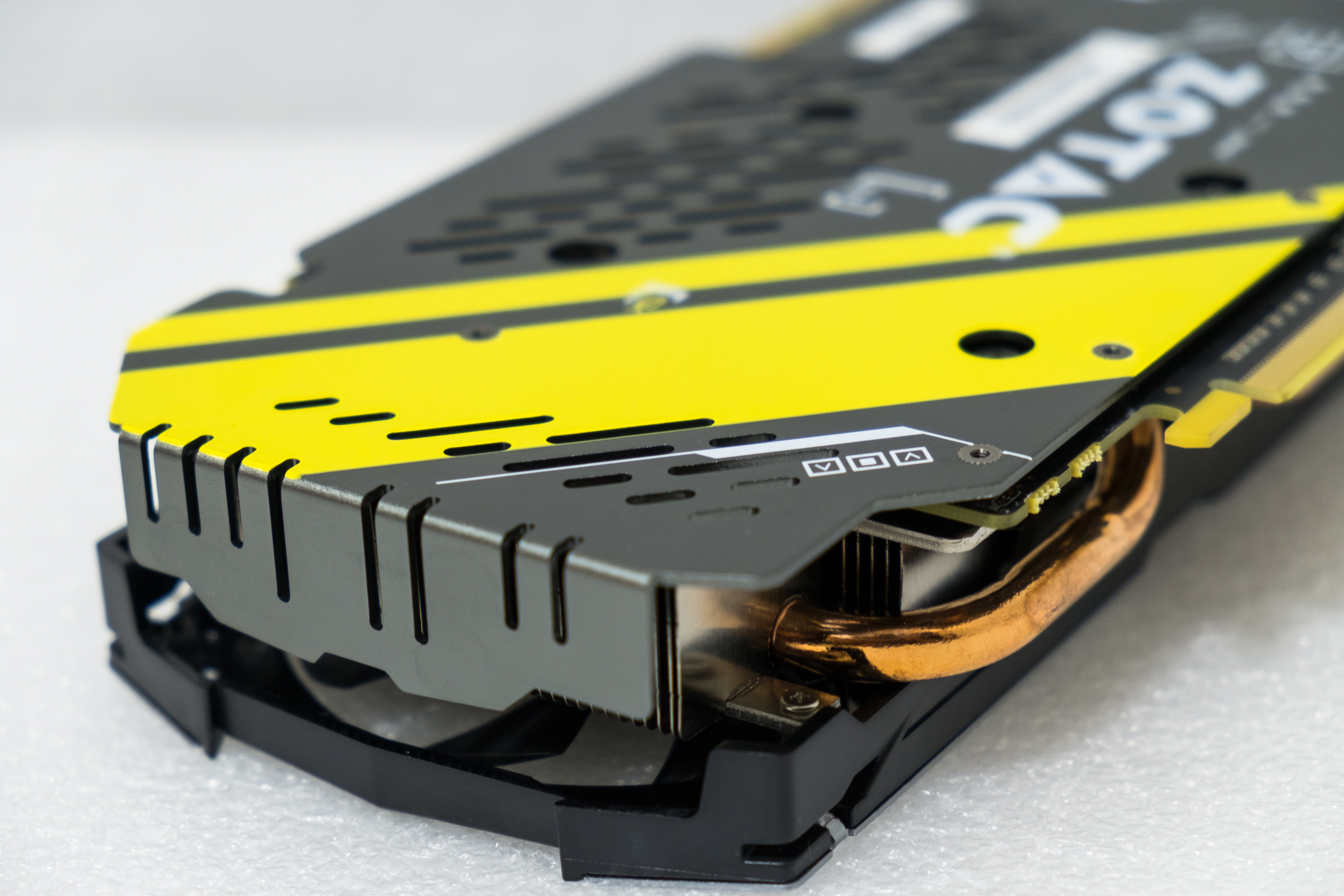 ZOTAC has always impress us with their IceStorm cooling technology and the cooler that keeps the temperature low. 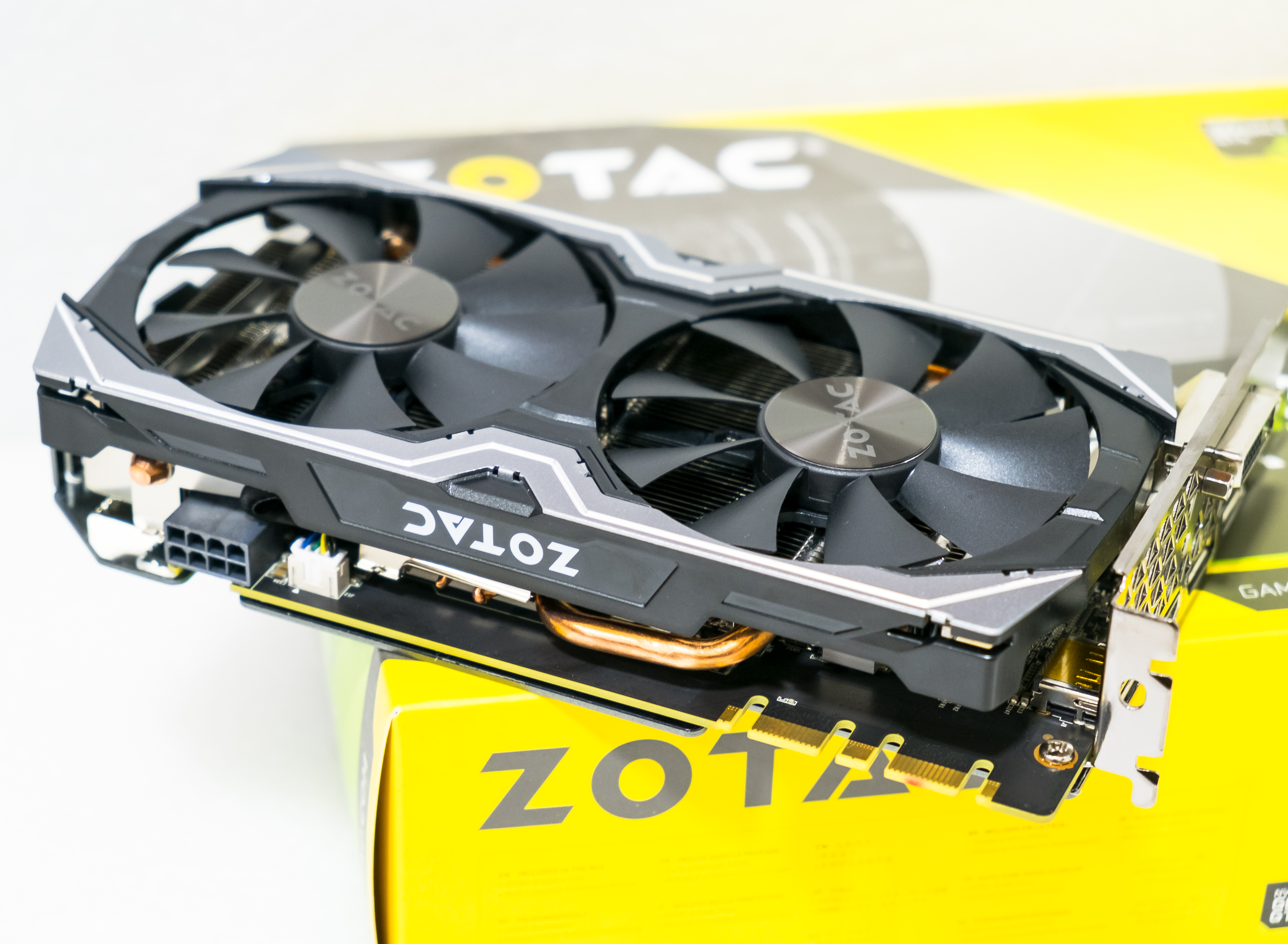 The card has a 150 Watt rated TDP, 75 Watts is delivered though the PCIe slot and another 75 Watts through the single 8-pin PEG (PCI Express graphics) power connector. 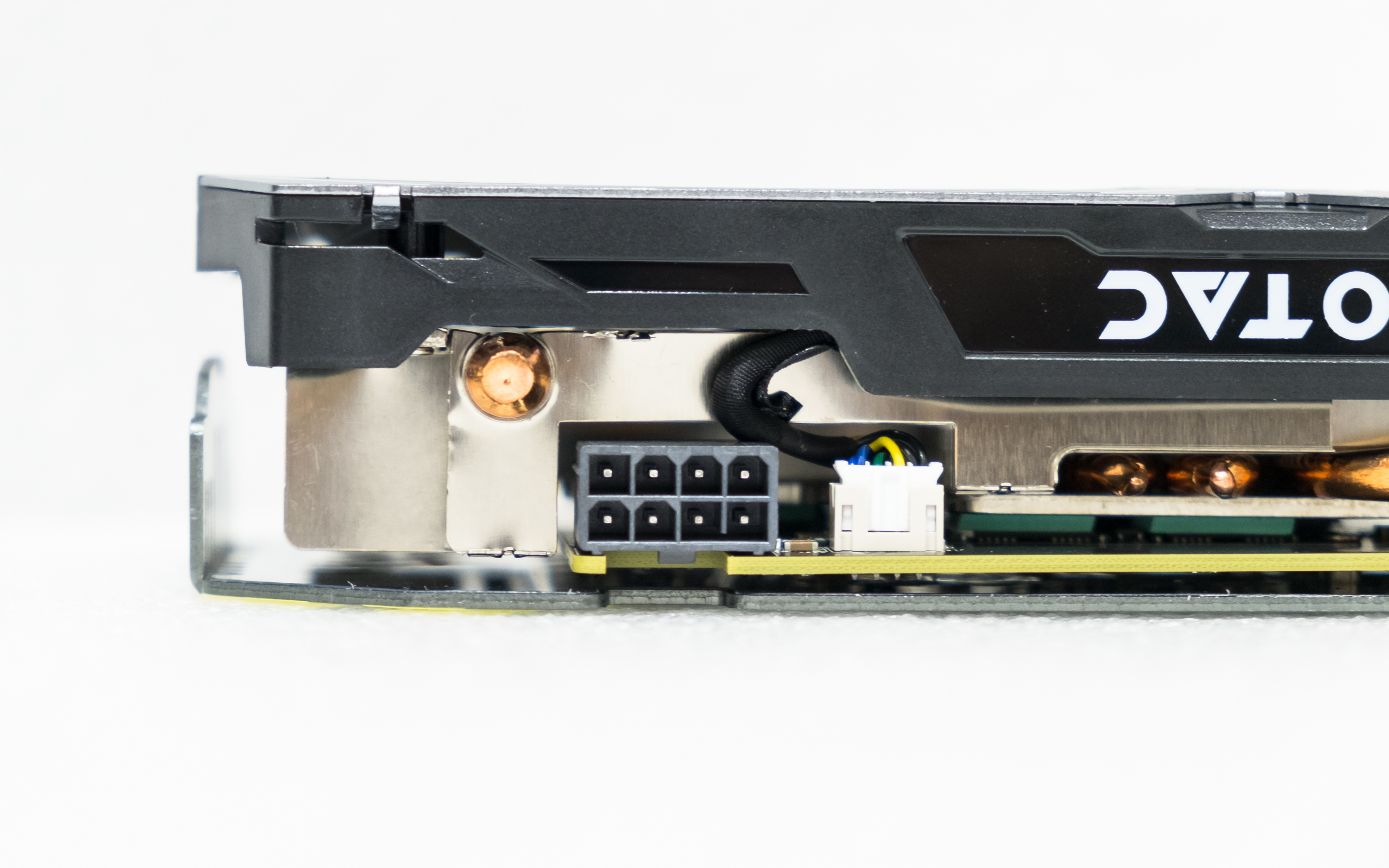 Display connectivity options include a DVI port, an HDMI port, and three DisplayPorts. Pictured below are the front and back, showing the disassembled board.

Let’s move on to take a closer look at the components on the PCB which are hiding under the cooler. On the left, we have the I/O backpanel containing the five digital video outputs, followed by the graphics processor at the middle surrounded by eight pieces of GDDR5 memory chips. The left side of the PCB sports a number of voltage regulation components (MOSFETs) and controllers. The pcb circuit design look alike ASUS GTX760 Direct Cu Mini. However, this graphics card is design for small form factor casing. At the back of the PCB doesn’t have any video memory chip but fill with components. 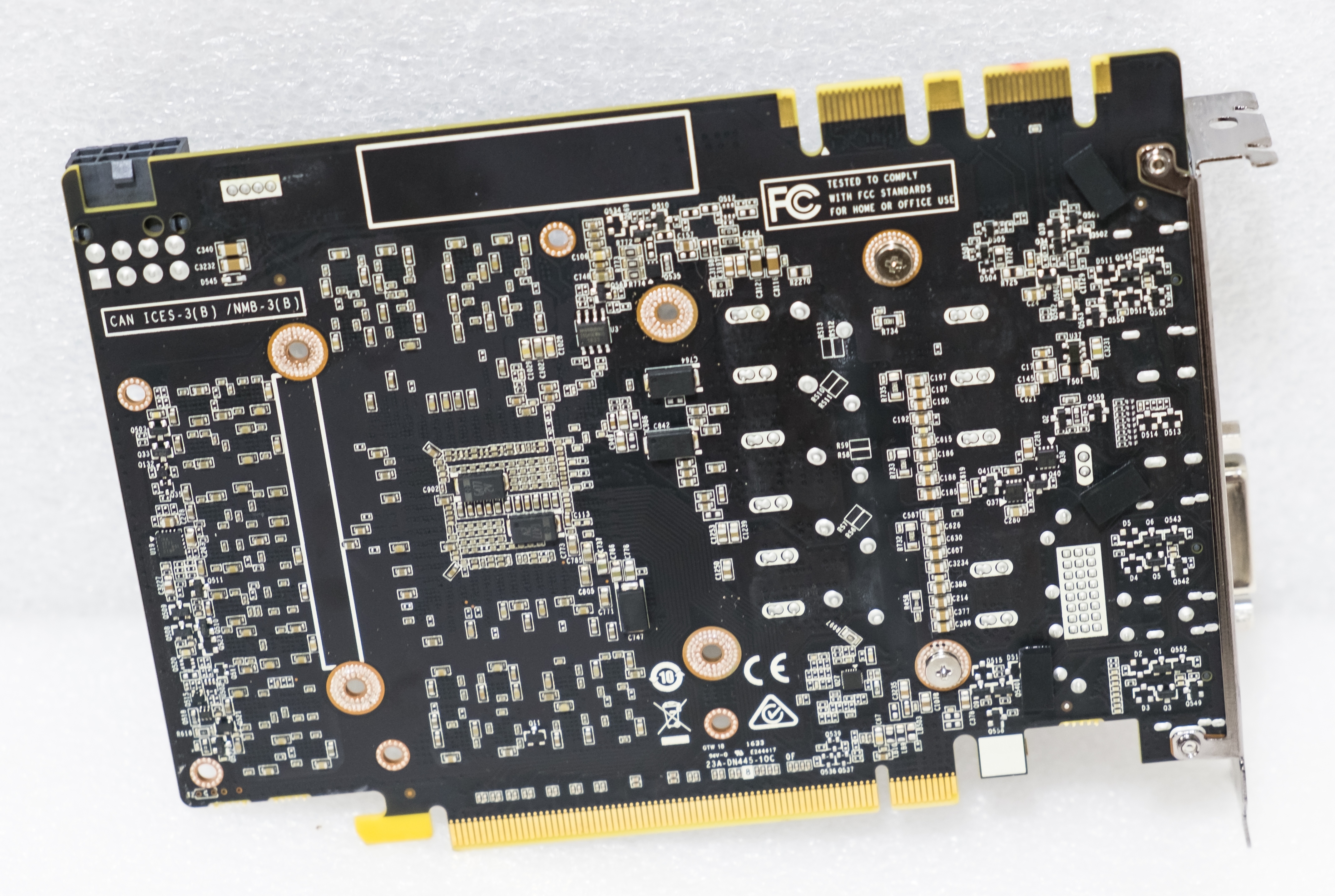 The heat sink has three copper heat pipe connected to a large area of copper based, through two Apistek 9cm fans to blow away the heat. The Freeze Tech control fan speed to stop by the BIOS setting to achieve the graphics card fan at low load to be stopped, the GTX 1070 graphics card can achieve zero noise at low load. 3DMark includes everything you need to benchmark your hardware in one software.

Ashes of the Singularity

Ashes of the Singularity takes place in a post-technological singularity universe in which humans have begun to colonize the stars.